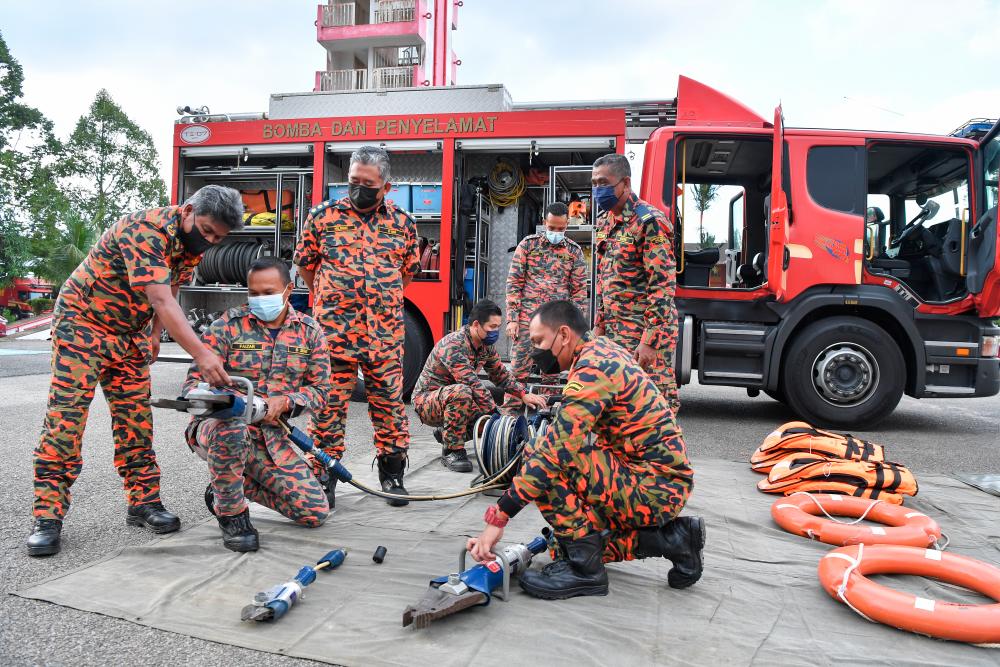 MARANG: The Malaysia Fire and Rescue Department (JBPM) will widen its recruitment of Safety Water and Rescue Team Auxiliary Fire Officers (PBB SWART) to four states at risk of major flooding and high drowning rates during the monsoon season.

“The PBB SWARTs have so far (since late last year) been established in Kelantan at Tok Bali beach and Terengganu coast at Kuala Nerus and Dungun. With 12 officers each, both states were chosen due to the high number of drowning cases recorded.

“It is the JBPM’s intention to expand the establishment of PBB SWART to other states next year.... but that will depend on how the Covid-19 pandemic affects recruitment since it involves interviews and basic training,” he told reporters at the Malaysian Fire and Rescue Academy at Wakaf Tapai, here, today.

Abdul Wahab said the PBB SWART officers who were paid by the hour in allowance, had the role of rebuking or giving warnings to visitors to the beaches and recreational areas in the event of big waves.

He said the PBB SWART, established last November, also had a duty to remind residents of the hazards if a location was identified as a dangerous zone during the monsoon season.

Abdul Wahab said the Fire and Rescue Department had also identified 17 beach, waterfall, lake and mine hotspots at risk of a water surge and big waves, notably in Terengganu, Kelantan, Pahang and Sabah.

Hence, he reminded the public to exercise caution during leisure activities at the recreational spots to avoid any untoward incidents.- Bernama