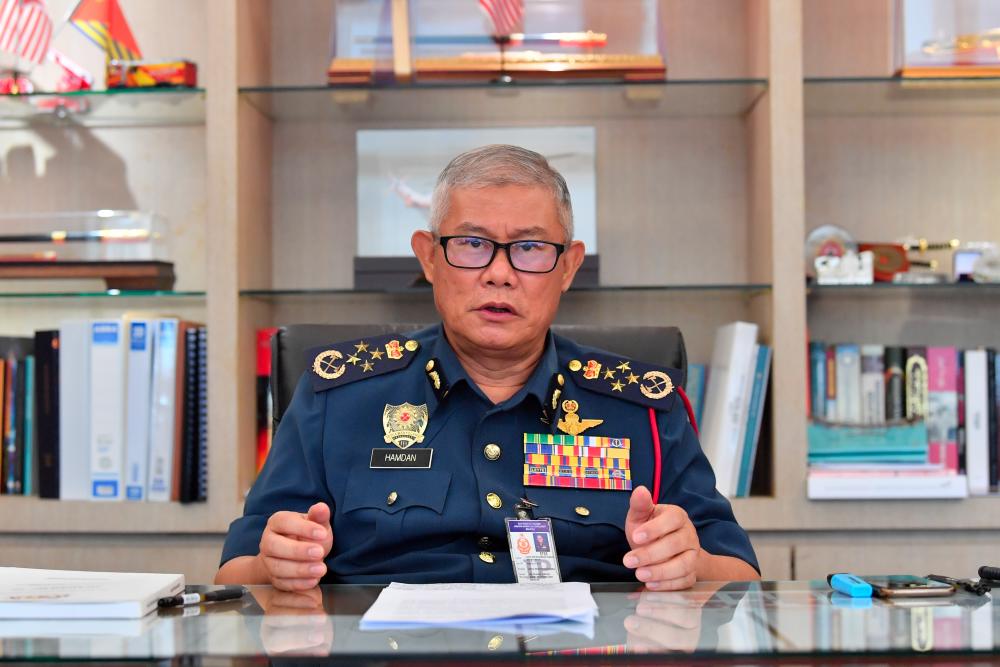 KUALA LUMPUR: The Malaysian Fire and Rescue Department has identified several hotspots that are at risk of fires during the hot and dry season expected to last till September.

Its director-general Datuk Seri Mohammad Hamdan Wahid (pix) said the department would monitor areas identified and have prepared in terms of personnel and required assets.

He said hotspots were identified in Banting, Sepang and Johan Setia in Selangor, in Miri and the central region of Sarawak and the south of Sabah.

“We have mobilised assets and personnel based on information received,” he told reporters after the Kuala Lumpur Fire and Rescue Department Hari Raya Aidilfitri, Gawai Day and Keamatan Festival celebrations here last night.

He added that the department will collaborate with the Malaysian Meteorological Department (MetMalaysia) and other related agencies for large-scale disaster management, including forest fires and structure fires.

Mohammad Hamdan also said the department will also rely on the assistance of locals should fires occur as there are areas with challenging topography.

MetMalaysia had previously announced that the Southwest Monsoon had started last Saturday and is expected to continue till mid-September.

This will cause a lack of rain clouds to form and most places throughout the country will go many days without rain compared to other seasons, and will also receive less rainfall. — Bernama