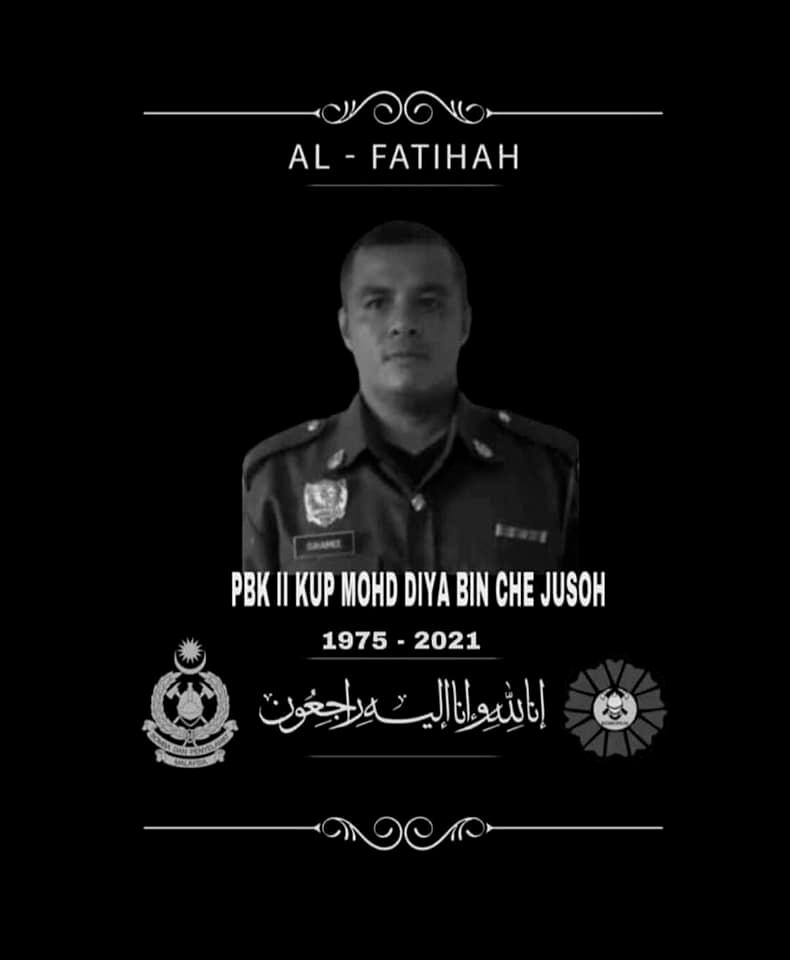 “The remains will be buried at the Masjid An-Nur Cemetery, Krubong, at 10am today.

“The staff of the Melaka Fire and Rescue Department convey their condolences and are saddened by the incident,” he said in a statement today.

In the incident which occurred at about 5.30pm yesterday, Mohd Diya was believed to have been securing a line in a flood area to help evacuate Kampung Sungai Putat residents from their dwellings when he suddenly lost consciousness and fell into the swift chest-high flood waters.

Other firefighters who witnessed the incident took about 10 minutes to rescue him and get him to safety. — Bernama