Firefighters save foreigner on ledge of 10th floor of building (Video) 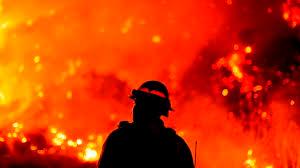 KUALA LUMPUR: Firefighters foiled a probable suicide attempt by a foreigner at a building in Jalan Melaka here this evening.

Titiwangsa Fire and Rescue Station Operations Commander Suhaimi Abdul Shukor told theSun that the department received a distress call at 7.11pm. Three fire trucks were being deployed to the scene.

“On arrival at the location, we found a man believed to be an Arab, sitting outside of the window,” he said.

“He then stood at the ledge of the 10th floor of building. The man was holding a knife and he threatened to commit suicide by jumping off the building.”

He said the man was rescued by the firemen on duty.

“The operation ended at 7.46pm and he was handed over to the police for further action,“ Suhaimi added.

NUTP: No screening at schools, suggests self-testing at home

1.NUTP: No screening at schools, suggests self-testing at home