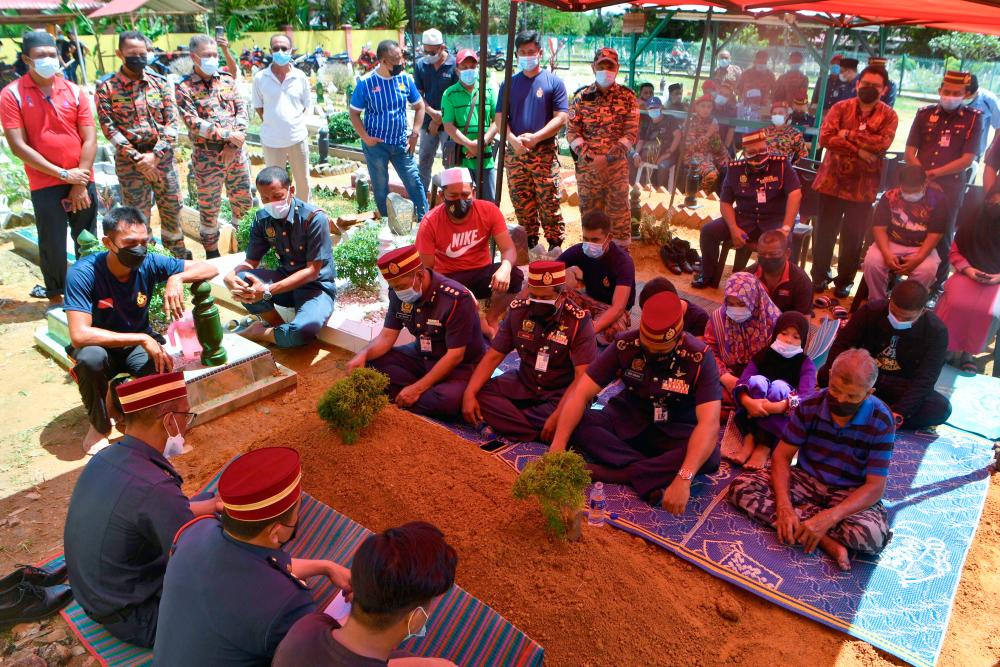 MELAKA: The fireman, Mohd Diya Che Jusoh, who died early today after a mishap during a flood evacuation operation here yesterday was laid to rest at the An-Nur Mosque Muslim cemetery in Krubong here today.

Melaka Governor Tun Mohd Ali Rustam and Melaka Fire and Rescue Department director Abu Bakar Katain were among those paid their last respect and joined the congregation to perform the funeral prayer for the fireman at the mosque.

Mohd Diya of the Melaka Tengah Fire and Rescue Station was believed to have been securing a line during floods at 5.30pm yesterday to help evacuate residents of Kampung Sungai Putat in Ayer Keroh when he lost consciousness and fell into the swift chest-high floodwaters.

Fellow firefighters pulled him out of the water and sent him to hospital. He died at 3.11am. — Bernama