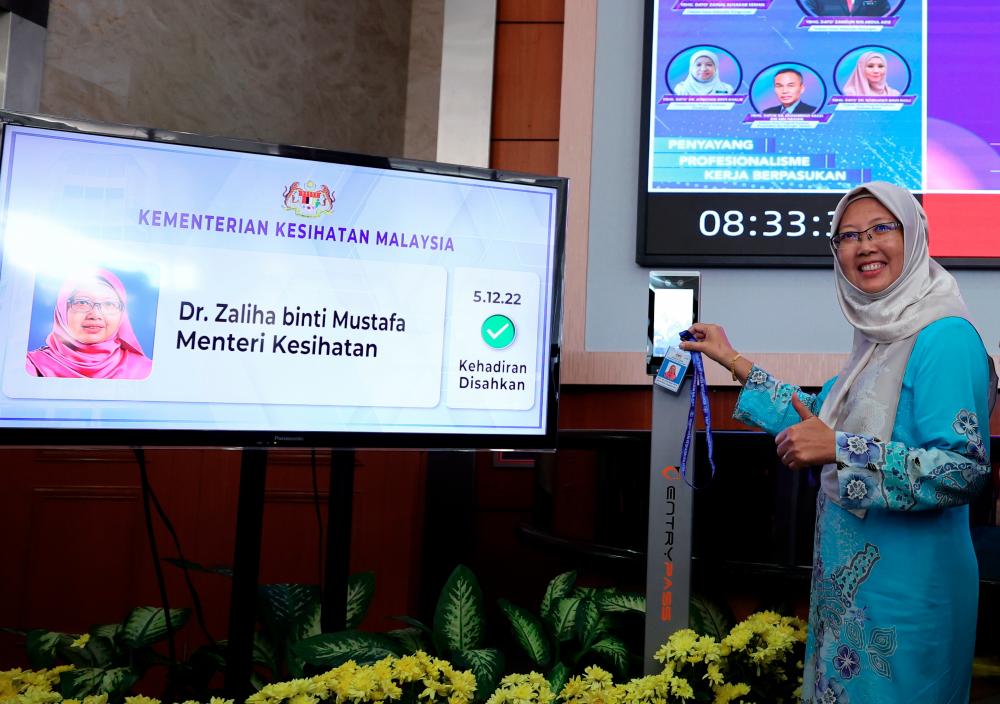 PUTRAJAYA: Newly appointed Health Minister Dr Zaliha Mustafa said she is open to any advice, suggestions, and guidance from former health ministers who could serve as references for her in running the Health Ministry.

As the first woman minister of the Ministry of Health (MoH), Dr Zaliha admitted that her biggest challenge after her appointment is to continue the ministry’s excellent work while strengthening the country’s health sector in general.

“I am very open to any kind of help in terms of suggestions or opinions on things that ministers have done before that have come out with policies or anything else,“ she said.

“But as usual, as a new minister, I will get a briefing from the Ministry of Health officials and see which policies we can adopt, which ones need to be improved or which ones we should reject,“ she told reporters at the ministry here today.

Earlier, Dr Zaliha had arrived at the ministry’s compound at 8.30 am and was greeted by Health Ministry secretary-general Datuk Harjeet Singh, senior management officials and the ministry’s staff before scanning her time card to symbolically clock in at her office.

Dr Zaliha also expressed enthusiasm and described her appointment as a recognition of raising the dignity of women as policymakers, especially in the field of health.

The Sekijang Member of Parliament (MP), who has experience as a family health doctor, said she would focus on improving policies and health services for women and children.

“Women’s NGOs (non-governmental organisations) and doctors have started calling me. This is challenging but also exciting for me. I will work on issues that affect women and children,“ she said.

In the 15th General Election (GE15), Dr Zaliha, who was contesting for the first time for the Sekijang parliament seat, won in a four-cornered fight with a majority of 1,734 votes against Md Salleheen Mohamad (BN-UMNO), Uzzair Ismail (Bersatu), Dr Mohd Zohar (Warisan), and Mohd Saiful Faizal Abd Halim (Putra). - Bernama