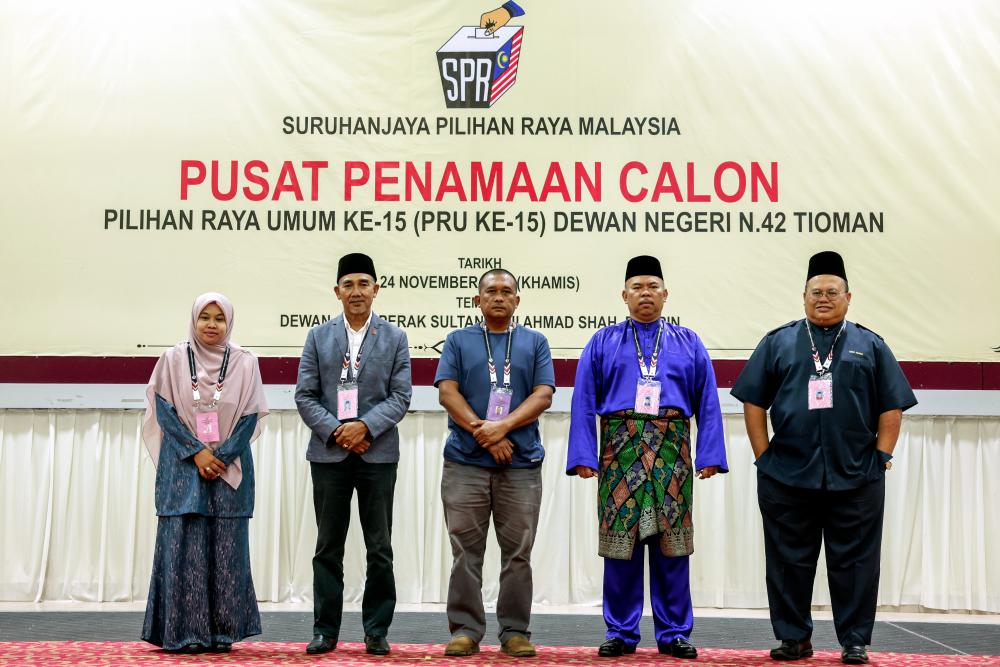 PN is fielding Nor Idayu Hashim, the only woman candidate for the seat, while the BN candidate is Datuk Seri Mohd Johari Hussain, who is the incumbent.

Returning officer Datuk Ahmad Nasim (repeat:Nasim) Mohd Sidek announced the list of candidates contesting for the seat at 10.50 am after the nomination process at Dewan Jubli Perak Sultan Haji Ahmad Shah closed at 10 am.

Today, only Nor Idayu was present to submit her nomination paper while the other candidates, except PH, were present to draw lots for their new position on the ballot paper.

The PH candidate (Mohd Fadzli) was represented by his representative, Manan Mohamad. It is learned that Mohd Fadzli in the federal capital.

Polling for the Tioman state seat for GE15 was postponed following the death of Md. Yunus Ramli, who was named the PN candidate for the seat, on the polling day.

The Election Commission (EC) has set Dec 7 as the polling day and Dec 3 for early voting.

The electoral roll to be used for Tioman contains a total of 28,465 voters consisting of 28,200 ordinary voters, 262 police personnel and three absentee voters.

In the 14th general election, Mohd Johari won with a majority of 1,280 votes, defeating Md Yunus who secured 5,382 votes, PKR candidate Sazili (repeat: Sazili) Mohd Nor (3,029 votes), while Independent candidate Imam Zul lost his deposit after getting only 58 votes - Bernama