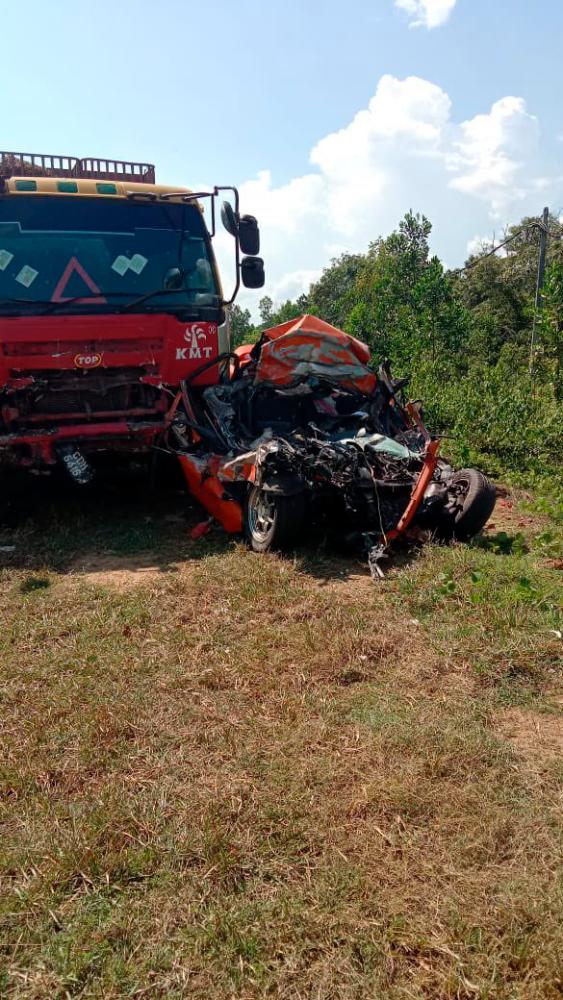 KUANTAN: Five members of a family, including two children and a baby, died when the vehicle they were travelling in was involved in a crash with a trailer on Jalan Kuantan-Segamat, here today.

He said initial investigations found that the accident was believed to have occurred when Muhammad Rosli, who was driving a Toyota from Muadzam Shah towards Kuantan, entered the lane used by the trailer.

“The driver of the trailer on the Kuantan-Segamat route tried to swerve to the left of the road, but collided with the car head-on,“ he said in a statement today.

He said the 26-year-old trailer driver did not suffer any injuries and all the victims, with addresses in Perak, were sent to Tengku Ampuan Afzan Hospital for autopsy.

Meanwhile, a spokesperson of the Pahang Fire and Rescue Department (JBPM) said that they received an emergency call at 3.17 pm before 13 members and officers from the Chini Fire and Rescue Station and Taman Tas were dispatched to the scene. — Bernama