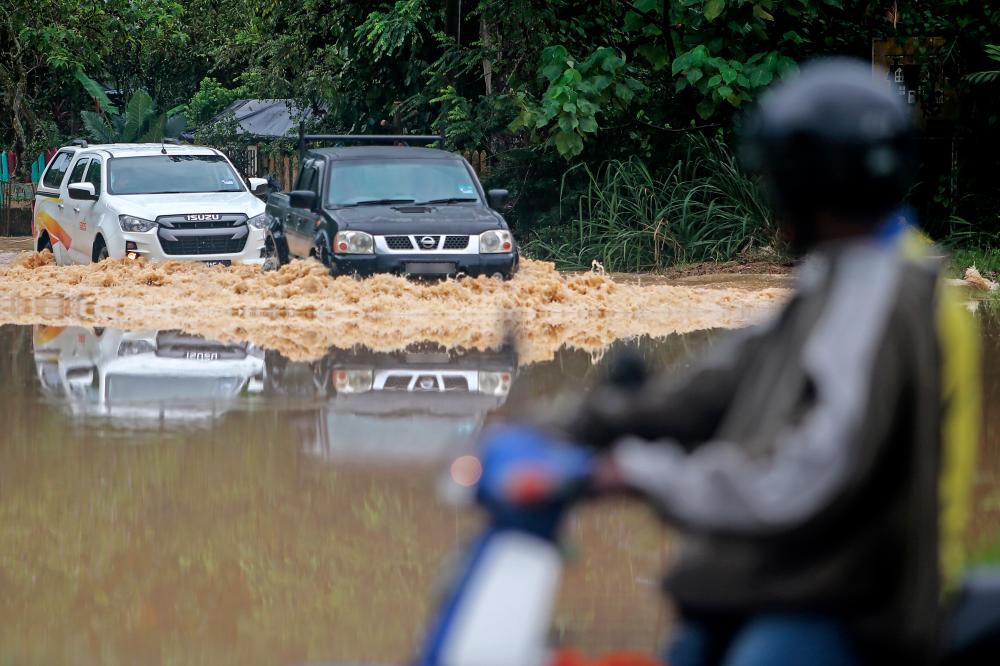 KUALA LUMPUR: Continuous heavy rain since the afternoon has triggered flash floods in several locations in three states; however, only one relief centre (PPS) was opened last night.

The locations are Kuala Kubu Bharu in Selangor; Nilai, Seremban and Kuala Pilah in Negeri Sembilan and Baling in Kedah.

He said the water level in the affected areas was about 1.8 metres and no PPS had been opened so far.

Meanwhile, five individuals faced an anxious moment after the Toyota Avanza they were travelling in was swept away by the floods in Kampung Dingkir Inas, Kuala Pilah at about 5.30 pm.

Senior operations officer II from the Kuala Pilah Fire and Rescue Station Abdul Halim Mohd Yusof said firefighters assisted by members of the public managed to rescue two women, two children and a baby who were trapped in the vehicle.

A check by Bernama around the Batu 6 Jalan Jelebu area in the Seremban district found that several areas were inundated but no PPS had been opened so far.

In Kedah, one PPS was opened in Baling last night, namely at Sekolah Kebangsaan Tawar, to accommodate residents from 22 houses.

“We received information from the penghulu of Mukim Tawar about the flood in the village at about 8 pm. Until now, the number of victims and families involved are still being calculated,” he said in a statement. — Bernama