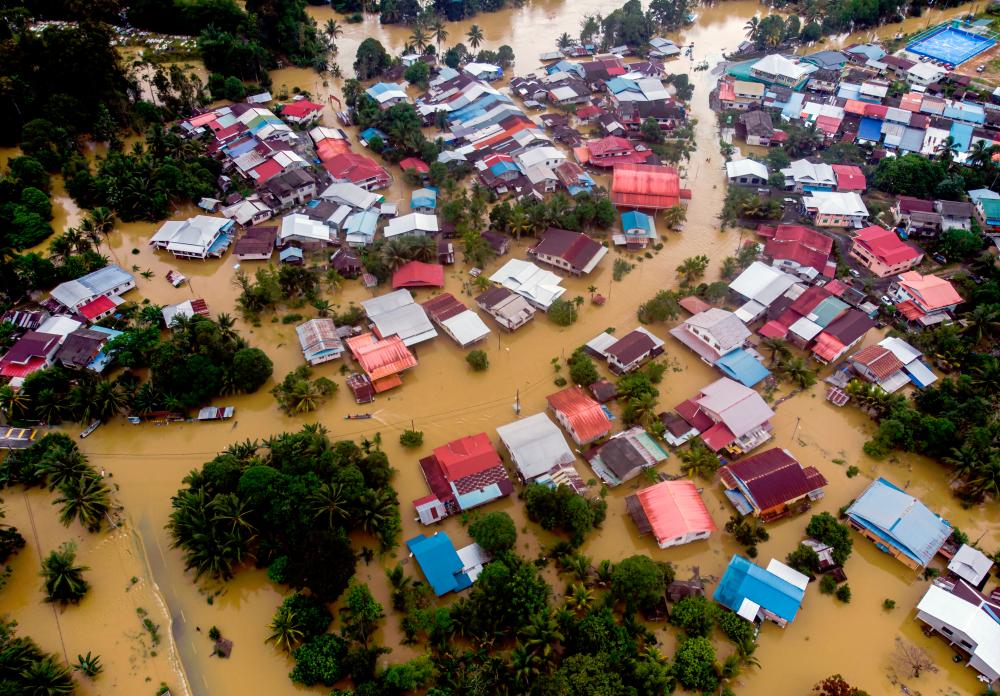 KUALA LUMPUR: Making indiscriminate changes to land use status and carrying out logging activities without considering their impact on the environment are among the main causes of flooding in this country, according to an expert.

Pertubuhan Pelindung Khazanah Alam Malaysia (PEKA Malaysia) president Prof Dr Shariffa Sabrina Syed Akil, who described the recent severe floods – that caught many people in Klang, Shah Alam and Hulu Langat in Selangor, as well as in Pahang and other parts of the country by surprise – as a “land tsunami”, said it is clear that large-scale deforestation, particularly in hilly areas located further upstream, is the main factor behind the occurrence of the devastating floods.

She said heavy and continuous rainfall had caused water to rush downhill into the rivers due to the absence of a natural barrier, namely trees.

“We must understand and realise that the main function of a tropical rainforest is to serve as a natural barricade. Furthermore, when there are no more trees holding on to the soil, landslides will occur. When this happens, mud and remnants of sawn wood (left behind by loggers) are carried along by the water current to the rivers.

“The (recent) floodwaters looked like teh tarik which proved there was a lot of mud in the water,” she said.

Pointing to the flooding at Sungai Telemong in Bentong, Pahang, Shariffa Sabrina said there is proof that deforestation had taken place upstream for logging and agricultural purposes without securing the necessary environmental impact assessment and social impact assessment approvals from the authorities concerned.

“Indeed, we have come across logging activities, as well as musang king durian plantations and development of resorts in the forested area upstream of Sungai Telemong and its tributaries.

“The loggers would only take with them the superior quality timber and would leave the branches and other pieces of sawn wood and weakened root systems behind. Then, during a heavy downpour, all these would be washed into the river and end up in the floodwaters,” she explained, adding that the authorities should track down and punish the masterminds behind such irresponsible activities.

Shariffa Sabrina is also disappointed with Malaysia’s four-phased flood management approach which, she said, only consists of mitigation measures that are implemented after flooding has occurred.

“These measures are temporary and are not the same as resolving the root causes (of flooding). There is not much focus on the most important factor, which is human intervention and its link to the occurrence of natural disasters,” she said, adding that what needs to be implemented urgently is a holistic approach to prevent flooding.

Shariffa Sabrina urged the government to enforce a 20-year moratorium on logging and mining activities to rehabilitate the forests in the areas concerned.

Calling for more severe punishment to be meted out to environmental criminals, she said the National Forestry Act 1984 should be amended to increase the maximum fine to RM1 million and jail term to 30 years.

She said the government should adhere to the concept of inherent safety by putting a stop to or reducing human factors that prove detrimental to the surrounding geological and environmental conditions.

“However, this can only be achieved if a moratorium is imposed on logging and other activities in ecologically sensitive areas,” she added.

According to Shariffa Sabrina, PEKA Malaysia had also submitted a proposal paper in July 2019 urging the government to amend the National Forestry Act 1984 to control and sustainably regulate the harvesting of forest products and completely halt extraction from permanent forest reserves throughout the country.

Meanwhile, in an interview with Bernama Radio recently, Perlis mufti Associate Prof Datuk Dr Mohd Asri Zainul Abidin criticised the rampant destruction of the environment and said that the guilty parties should feel a sense of responsibility and take remedial action as humans share this environment with other living beings.

“As stated in many hadiths by Prophet Muhammad, Allah has warned that whoever destroys plants that provide shade to the people and animals will have their heads immersed in hell.

“Those who destroy trees to the extent of humans losing their homes deserve to be cursed by mankind and the curse will befall them,” he said, adding that the action of cutting down trees and destroying the livelihoods of people is considered a crime in this world and the hereafter. - Bernama