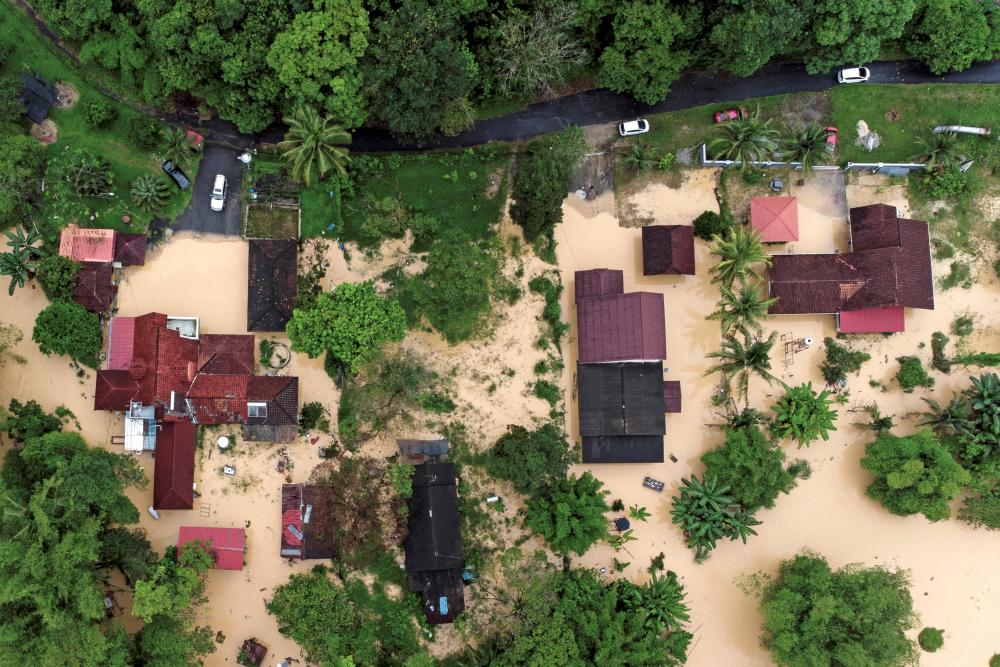 In Kedah, 28 flood evacuees from six families in Baling are taking shelter in Sekolah Kebangsaan (SK) Tawar as of 9 am today.

“This morning, the weather is sunny in Baling. The water level has receded and the victims will return to their respective homes,” she said in a statement today.

She added that Baling APM is always in a state of preparedness and will continue to monitor the situation from time to time.

In Negeri Sembilan, according to the latest data on the Social Welfare Department’s (JKM) InfoBencana application, two PPS have been opened at SK Undang Johol and Dewan Desa Dangi, Johol, Kuala Pilah, involving 110 individuals from 42 families as of 8 am today.

In the meantime, he said the Darul Widad centre in Port Dickson was also flooded, but thus far, no evacuation was made.

The continuous heavy rain since noon yesterday has triggered flash floods in several locations in the three states, namely Kuala Kubu Bharu in Selangor; Nilai and Kuala Pilah in Negeri Sembilan, and Baling in Kedah. — Bernama