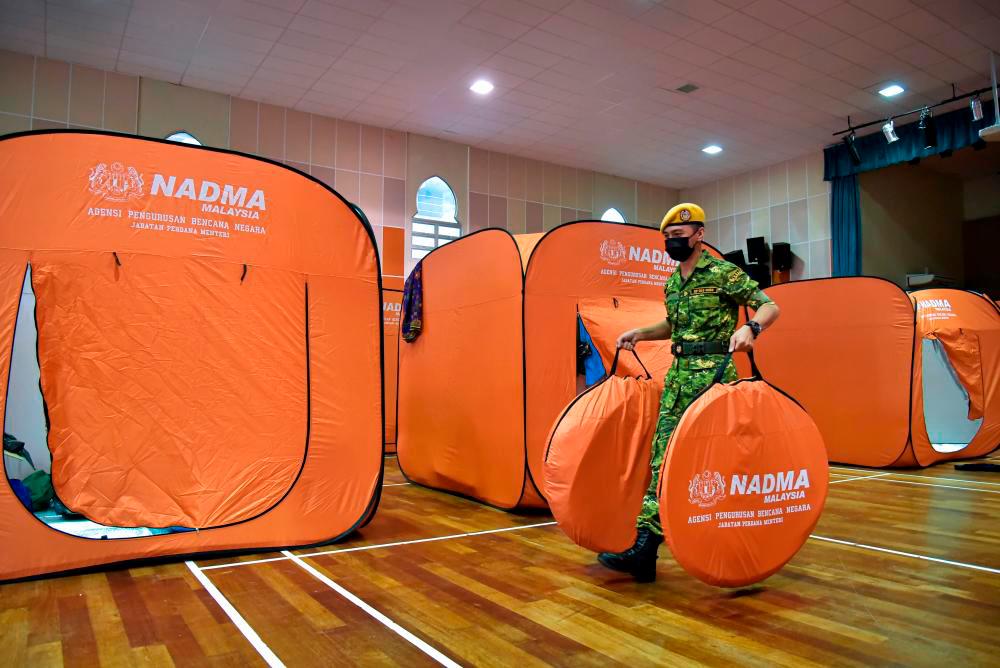 KUALA LUMPUR: The flood situation in Johor, Perak and Melaka today shows a positive development as the number of flood victims placed in the temporary relief centre (PPS) is decreasing.

In JOHOR, the flood that hit Batu Pahat district due to the clash of heavy rain and high tide phenomenon early Wednesday morning showed that the number of victims continued to decrease to 131 people as of 8 this morning compared to 164 people recorded last night.

The District Disaster Management Committee (JPBD) in a statement said all the victims comprising 33 families were placed in a PPS at Sekolah Menengah Kebangsaan Seri Gading here which was opened since last Wednesday.

Meanwhile, in PERAK, a Perak State Disaster Management Committee secretariat spokesman announced that the number of flood victims in Kampung Tengah Bukit Semanggol near Bagan Serai who were placed in the Semanggol Hall PPS remained at 12 people from three families as of 9 this morning.

According to the spokesperson, all victims are expected to return to their respective homes today as the flood has completely receded and the weather is currently good.

Heavy rain for several hours early yesterday morning caused the Kampung Tengah Bukit Semanggol area in Bagan Serai to be hit by flash floods and had to be moved to the PPS which opened at 12 noon.

Meanwhile in MELAKA, the number of flood victims placed in two PPS located in Alor Gajah fell to 28 people from eight families as of 8.30 this morning compared to 29 people from nine families at 8 last night.

“The affected victims are residents from Kampung Bukit Tambun, Kampung Bukit Balai and Kampung Pulau,“ according to the statement.-Bernama