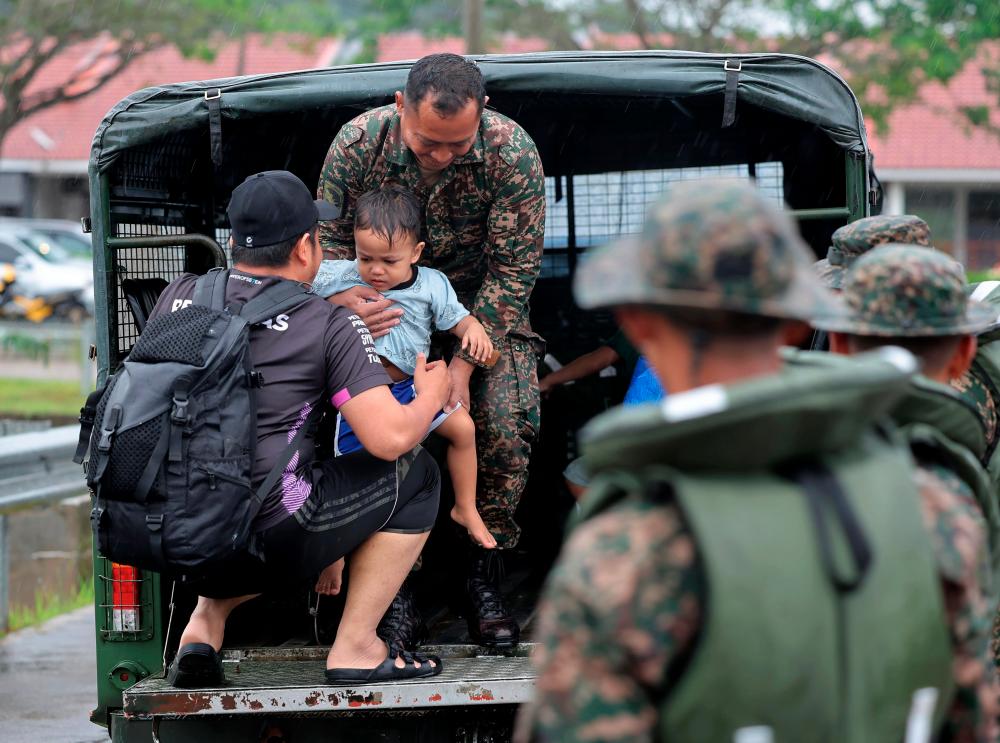 KUALA LUMPUR: The floods in Sabah, Johor and Pahang worsened this morning, sending more people to relief centres with Sarawak being the latest state to be hit by the disaster.

The Meteorological Department has forecast continuous rain in Kudat, Tawau, Sandakan, West Coast and the interior of Sabah, as well as Kelantan, Terengganu, Pahang and Johor.

In SABAH, the number of flood evacuees increased sharply to 6,313 compared to 1,421 last night. A total of 26 relief centres were opened in five districts in the state.

The State Disaster Management Committee (JPBN) Secretariat in a statement said Kota Marudu had the most number of evacuees at 4,784 from 1,731 families placed in 11 relief centres, while 761 people (203 families) were moved to three relief centres in Kudat.

Some 406 people from 162 families have been evacuated to four relief centres in Pitas, 344 (88 families) to seven centres in Paitan while 18 (three families) to a centre at Sekolah Menengah Kebangsaan Terusan in Lahad Datu, which is the latest district to be hit by the floods.

According to the statement, 153 people from 50 families who were previously evacuated to Rumah Ketua Kampung Sinasak Batu and Surau Kampung Sibuang were ordered to move to Sekolah Kebangsaan Pekan 2 due to the risk of being hit by floods.

Meanwhile, the water levels at Sungai Muar (the river mouth of Sungai Gemas), Sungai Kahang (Kampung Contoh) and Sungai Endau were still above the danger mark with the readings at 19.29 m, 15.99 m and 2.62 m respectively.

In PAHANG, flood evacuees in Rompin who were placed at three relief centres increased to 164 people from 49 families this morning, compared to 138 from 42 families last night.

The JPBN Secretariat reported that Kampung Setajam relief centre had the highest number of evacuees at 117, followed Bukit Lepas community hall at 40 while seven at Bandar Perwira Jaya community hall.

The publicinfobanjir.water.gov.my website reported that Sungai Keratong in Rompin had exceeded the danger level at 24.75 m while the Malaysian Meteorological Department predicted rain in Rompin throughout the day.

They are being housed at Sekolah Kebangsaan (SK) Sebat and Kampung Sebat Dayak community hall.