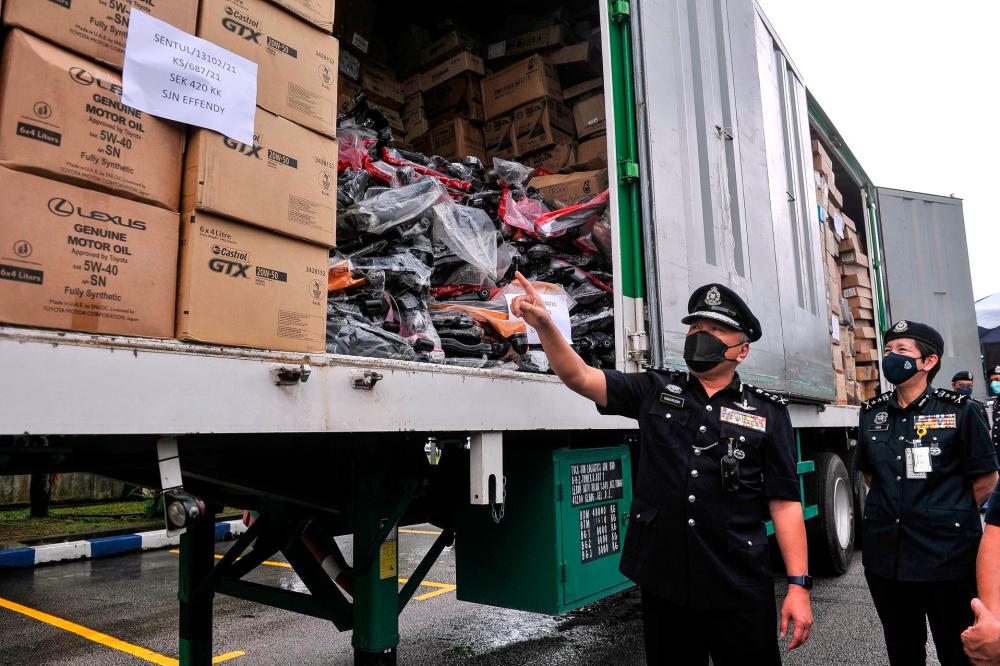 KUALA LUMPUR: A fly-by-night syndicate targeting suppliers and dealers of vehicle accessories was busted with the arrest of five men at a house in Kuantan, Pahang, last Friday.

“The syndicate had been operating for about five months from March to August in Klang Valley and Johor, targeting suppliers and dealers of vehicle spare parts, via the modus operandi of using bank payment slips from a fake Inter Bank Giro to convince the victims.

“The victims subsequently sent the (fraudulently paid) goods ordered to an address given by the said syndicate,” he told a media conference at the Jinjang police station here today.

Mohd Kamarudin said with the arrest of the five suspects, police had solved eight cases in Johor and one in Sentul here, believed to be master-minded by the syndicate.

“All the suspects have been remanded until tomorrow for investigation under Section 420 of the Penal Code for fraud,” he added.

He said that from Jan 1 till yesterday, 43 cases of fraud by fly-by-night syndicates were recorded with losses estimated at RM3.25 million.- Bernama

1.My remarks taken out of context, says Sports Minister

4.Are you dough-ing it right?