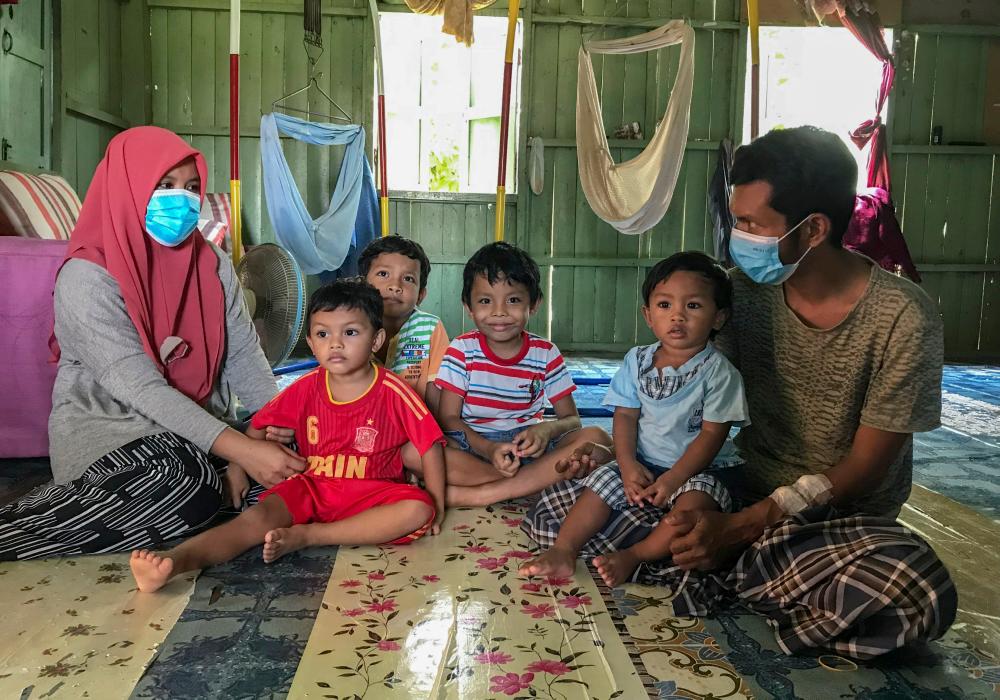 KOTA BHARU: A food basket aid from the Pengkalan Chepa Member of Parliament’s Service Centre has been a lifesaver for the family of an end-stage kidney patient in Kampung Pengkalan Nangka, here, who ran out of food for four days.

Norhamizah Mohd Yusof, 29, said she was desperate and raised the white flag on Friday after she was at her wit’s end to obtain food for her family of six for their survival.

She said her family ate only biscuits and bread for four days after running out of food, especially rice.

“Therefore, I am so thankful that a representative of the Pengkalan Chepa Member of Parliament, the village headman and several other individuals came forward to offer food aid and money after I raised the white flag.

“Alhamdulillah (praise be to Allah) that with the food aid, my family can at least have something to eat and continue with our lives without having to go hungry,” she said when met by reporters at her house, today.

Norhamizah said her husband, Mohd Romzi Ab Rahman, 38, and herself lost their sources of income after they quit their jobs at a food factory in Pengkalan Chepa in 2016.

“My husband had to quit after he was confirmed to be suffering from chronic kidney failure. I also decided to stop work so that I could take care of my children and husband.

“To make ends meet, I accepted orders for making various Malay dishes such as ‘roti jala’ and Penang ‘laksa’ from the surrounding residents. I could make about RM40 from each order but since the pandemic, the orders have been very few,” she added.

“Thank God, I am a bit relieved as the cost of dialysis is being paid by the Social Security Organisation (Socso). My husband also gets an invalidity pension of RM500 a month,” she said.

Norhamisah also receives a monthly assistance of RM500 from the Social Welfare Department.

Earlier, Norhamisah shared her raising of the white flag in the compound of her house on social media which received 10,000 responses on Facebook.

Generally, netizens expressed sadness and sympathy for Norhamizah’s family who ran out of food and also of her husband’s end-stage kidney problem.

He said the story attracted the attention of various parties including the Pengkalan Chepa MP, Datuk Ahmad Marzuk Shaary.

”As a result, we immediately gave aid. We will also monitor the family from time to time to meet their needs,” he added. — Bernama

4.Spurs have a lot of problems to fix, says boss Nuno