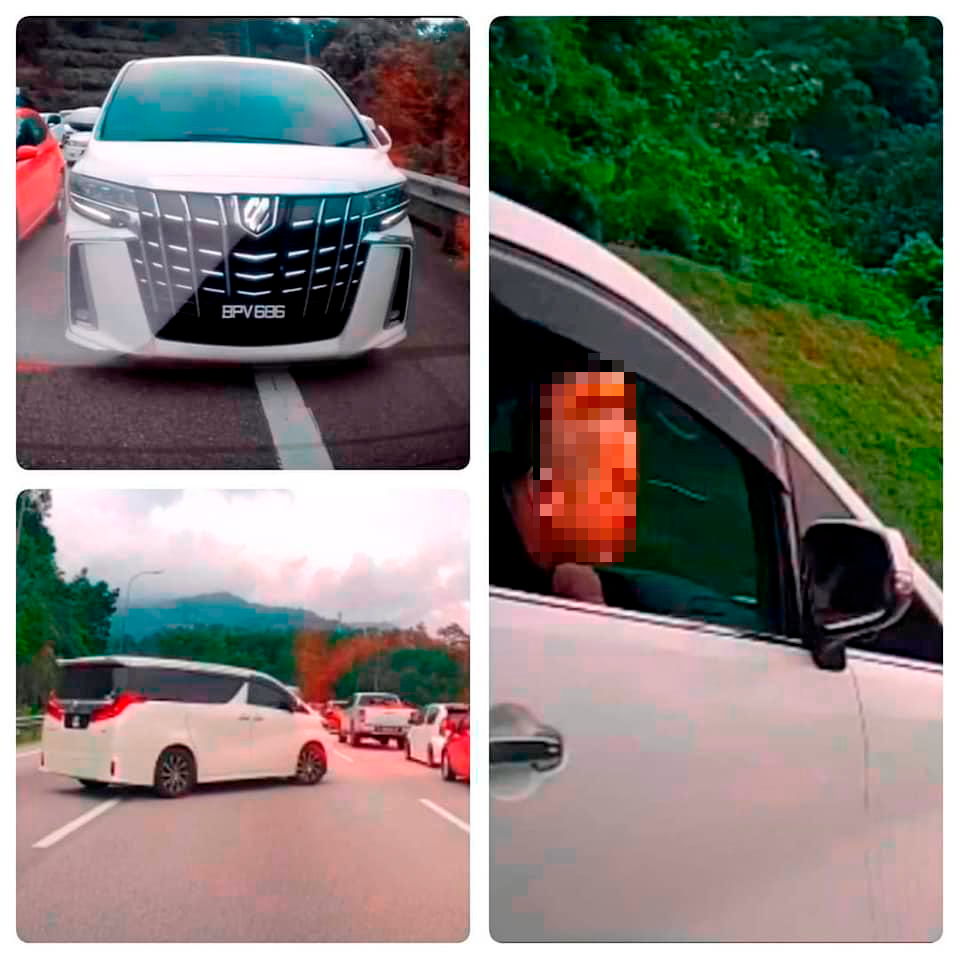 KUALA LUMPUR: For spitting out of the window while driving his Toyota Alphard along Karak Highway, a man whose action went viral on Facebook, was fined the maximum of RM400 or face one month’s jail in default by the Selayang magistrate’s court, here, today.

The man, restaurant operator Lim Koh Ching, 44, had earlier pleaded guilty before magistrate Nur Hafizah Rajunir to committing the offence while heading towards Bentong at 3.47 pm on April 30, this year.

The charge was made under Section 268 of the Penal Code for being a public nuisance, with the offence punishable under Section 290, which provides for a maximum fine of RM400. Lim paid the fine.

However, he pleaded not guilty to the charge under Section 42 (1) of the Road Transport Act 1987 of driving recklessly and dangerously at the same place time, date and time.

If convicted, Lim faces a jail term of up to five years and a fine of not less than RM5,000 and not exceeding RM15,000, and could also lose his driving licence for not less than five years.

Lim also pleaded not guilty to the charge of driving on the emergency lane, an offence under Rule 53(1) of the Road Traffic Rules 1959 and punishable under Section 119(2) of the Road Transport Act 1987, which provides for a maximum fine of RM2,000 or up to six months’ jail if convicted.

Public deputy prosecutor Anis Farhah Abdul Hilmi proposed a bail of RM7,000 for both offences but the accused pleaded for a lesser amount as he is supporting his family.

The court allowed him bail of RM5,000 with one surety and set Sept 5 for case mention. - Bernama