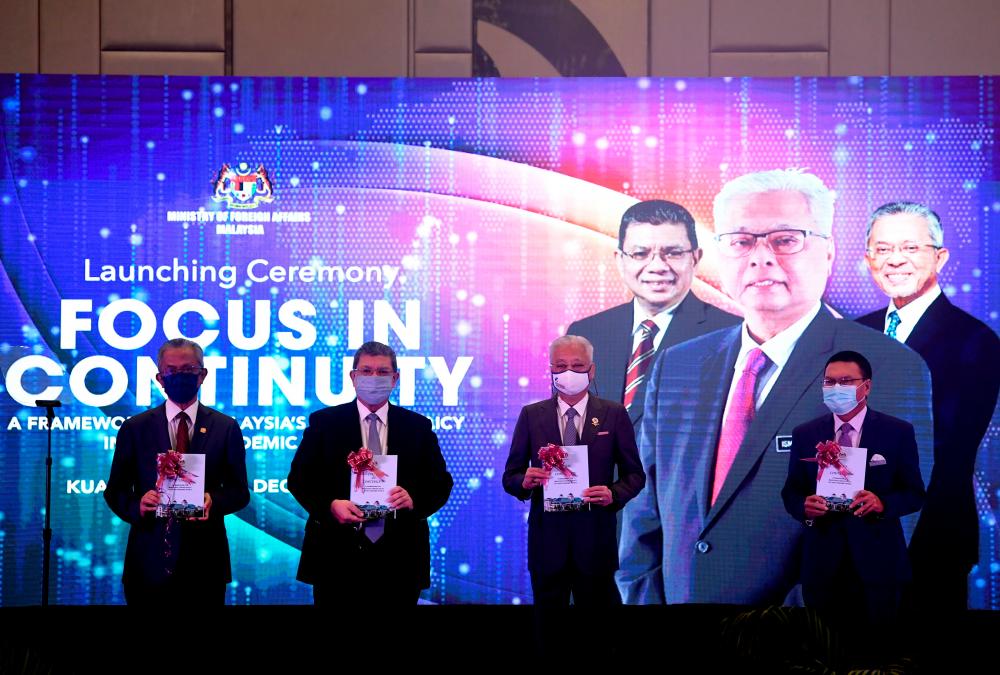 According to him, the ministry will brief the newly established Parliamentary Special Select Committee on International Affairs, besides holding a series of meetings regarding the framework with relevant ministries.

“The work of the Foreign Ministry include other ministries; for example, digital economy under the Economic Planning Unit (EPU), the Ministry of International Trade and Industry (MITI), and the Ministry of Communications and Multimedia (KKMM).

“Culture is under the Ministry of Tourism, Arts and Culture (MOTAC) and KKMM, but we are taking steps to help with the facilitation in terms of promotion abroad, because we have overseas Malaysian missions (Malawakil) around the world; so we will definitely assist the relevant ministry,“ he said after the launching ceremony of the framework by Prime Minister Datuk Seri Ismail Sabri Yaakob, here, today.

In terms of Health Diplomacy, he said initial discussions had begun with Chinese companies in Malaysia’s efforts to produce its own vaccines.

“For example, in China, there are already 15 universities teaching Malay; maybe we can start in China because there is already interest among their people.

“There are some other activities; maybe lecture tours by our well-known academic figures, for example, some people can be selected from time to time to hold talks in Europe and so on to introduce Malaysian culture,” adding that Malawakil will help the effort.

Saifuddin said early stage preparations are being made, and full implementation is expected to begin under the 2022 Budget. — Bernama