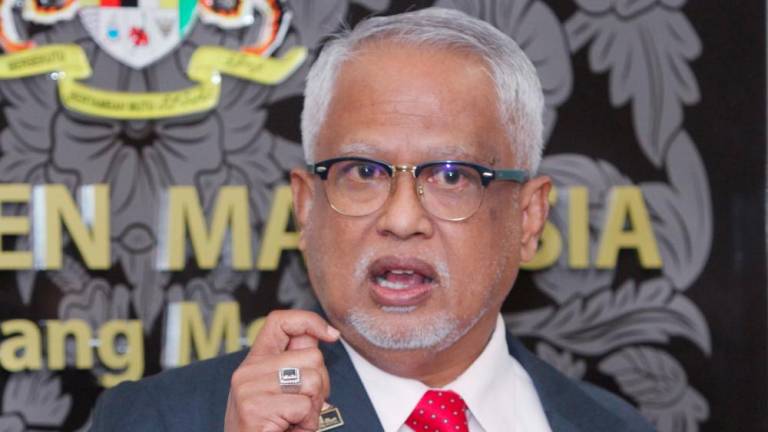 PETALING JAYA: In the books of its non-Chinese allies in the now defunct Pakatan Harapan (PH) Cabinet, DAP has passed with flying colours in the test of racial and religious tolerance.

Even former prime minister Tun Dr Mahathir Mohamad has commended DAP for its preparedness to cooperate fully with him.

This is in contrast to accusations by Umno and PAS that the Chinese-majority party had always been anti-Malay and anti-Islam.

In an exclusive interview with theSun, Mujahid revealed how DAP had been receptive towards policies relating to the Malay-Muslim community and did not have any objections to the move to rescue and restructure Lembaga Tabung Haji (TH).

The former minister in charge of Islamic affairs explained that when plans to pump billions into the pilgrimage fund was raised in Cabinet, it was met with favourable response from DAP ministers.

“No one in the room from DAP questioned why we need billions to save TH, there was absolutely none,” he said.

“What I got were only positive reactions because they know very well that by saving TH, it shows our commitment to save an institution that is of interest to the government and the rakyat and depositors,” he added.

Neither did the party object to funding the compassionate Islam policy nor the introduction of Jawi Day for his ministry, a day when all communications are done in the Jawi script.

“I do not see why people are saying DAP is dominating the Cabinet and that the others in PH are only its servants.”

Mahfuz said the perception that DAP was against the Malays was created by certain quarters for their own personal gain.

He recalled how the party had no issue with Mahathir calling for a special meeting of only Malay Cabinet members during the early days of the PH administration to discuss ways to improve the Malay economy.

“The non-Malays were not envious of the Malays. They know that it is our responsibility to uplift the poor, and the majority of these poor are the Malays,” he said.

The Pokok Sena MP said any suggestion the party only champions Chinese causes was inaccurate.

“It’s not fair to blame a different race and religion for our own failings and weaknesses,” he said.

In Langkawi, Mahathir also quashed claims the previous administration was dominated by DAP, noting that the party only had six federal ministers.

He pointed out that all PH component parties had six or seven members each, reflecting the coalition’s aspiration for political equality and tolerance.

The Langkawi MP said this was also reflected in his own party, Parti Pribumi Bersatu Malaysia (Bersatu), which had six ministers despite it initially being the party with the smallest number of MPs (13) in PH.

“It is a pack of lies that I was subservient to DAP or that I was their lackey,” Mahathir said during a briefing for Bersatu Langkawi members, adding that DAP secretary-general Lim Guan Eng, who was finance minister, was also fully cooperative with him.

Water supply disruption at 156 areas due to burst pipe

3.Water supply disruption at 156 areas due to burst pipe

4.Six-year-old girl falls to her death at hotel in Penang

5.Public advised not to be alarmed by low-flying jets from tomorrow to Thursday — Mindef