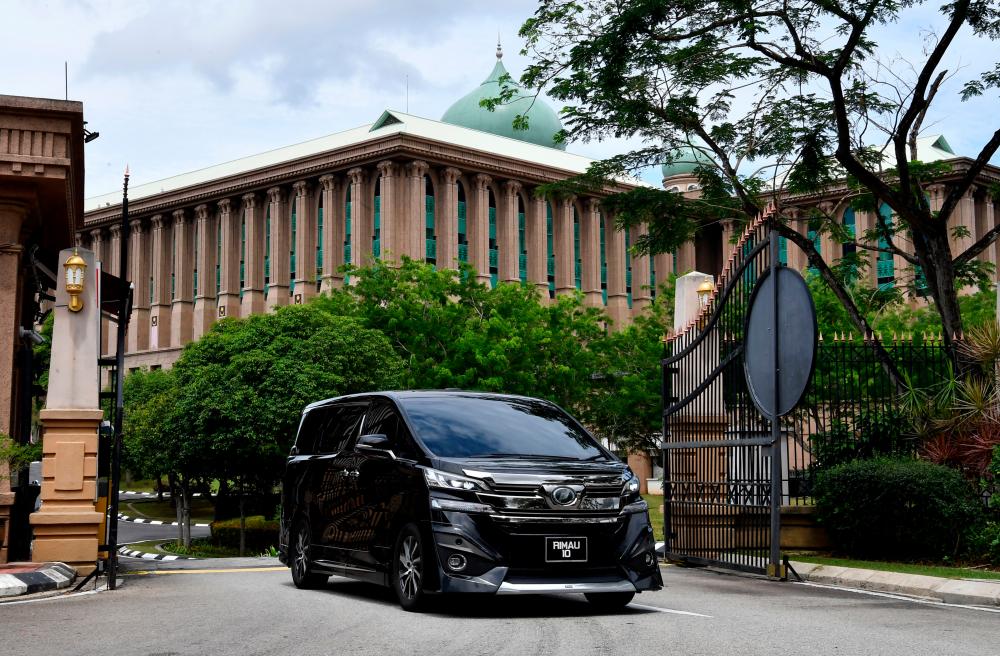 KUALA LUMPUR: Several former Cabinet ministers have taken to social media to bid farewell and extend their apology and gratitude to Malaysians, following their resignations which marked the end of the Perikatan Nasional (PN) government today.

Among the earliest was former Science, Technology and Innovation Minister Khairy Jamaluddin, who in his Instagram confirmed that the Cabinet had tendered its resignation, minutes after Prime Minister Tan Sri Muhyiddin Yassin had an audience with Yang di-Pertuan Agong Al-Sultan Abdullah Ri’ayatuddin Al-Mustafa Billah Shah.

“Thank you for the opportunity to once again serve the nation, May God bless Malaysia,” he wrote in his instastory.

Earlier, Muhyiddin held a special Cabinet meeting, which lasted about three hours, at the Perdana Putra Building in Putrajaya, before going for an audience with Al-Sultan Abdullah around noon at Istana Negara.

In a special address aired live on television later, Muhyiddin announced his resignation along with that of his entire Cabinet, saying he no longer commanded majority support in the Dewan Rakyat.

Former Senior Foreign Minister Datuk Seri Hishammuddin Tun Hussein said it has been an honour and privilege to serve the country and the people.

Former Minister in the Prime Minister’s Department Datuk Seri Takiyuddin Hassan also conveyed his thanks on the same platform, stressing that the government was resigning on the principle of ‘collective responsibility’ and not ‘collective guilt’.

“Thank you for everything; we learn from bad experiences and build on the good. A safe country where everyone is healed,” he said.

Earlier, Datuk Dr Mohd Khairuddin Aman Razali announced that today might be his last day as the Plantation Industries and Commodities Minister.

“The export performance of the country’s commodities for the second quarter of 2021 is a good closure for me when the export value of agricommodity products jumped by 65 percent to RM105 billion compared to only RM64 billion in the same period last year,” he said in a post on his Facebook page.

Former Federal Territories Minister Tan Sri Annuar Musa conveyed his apologies and sought forgiveness for all his mistakes, weaknesses and shortcomings during his tenure.

“We stay calm and have an open heart. All decisions were made collectively. The important thing is to always respect and abide by the country’s laws and constitution.

“The utmost basis of consideration is the people’s well-being; we serve the people till the finish line,” he said in his Instagram post.

Meanwhile, former Senior Minister of International Trade and Industry Datuk Seri Mohamed Azmin Ali, in his Twitter post, conveyed his apologies for any shortcomings during his tenure and said it had been an honour for him to serve Malaysia.

“It has always been my intention to address the economic hardships and preserve jobs for the people. Although the economy is recovering, many have suffered during this ruthless global pandemic,“ he said.

Datuk Seri Reezal Merican Naina Merican also expressed his gratitude and thanks for the opportunity to serve as Youth and Sports Minister.

“Alhamdulillah, I am very grateful for the trust and opportunity given me to serve the country. Thank you, KBS (Youth and Sports Ministry) and Malaysia for this most valuable opportunity. May Malaysia always be blessed by Allah SWT,“ he said in a post on his Facebook.

Former Health Minister Datuk Seri Dr Adham Baba thanked the top leadership of the Health Ministry (MoH), all staff of MoH in Putrajaya and all frontliners for their cooperation.

“My apologies for all my shortcomings and weaknesses throughout this period of 17 months and six days. Thank you to the people of Malaysia. I love you all,” he said in a post on Facebook.

He hoped that the #Musaadah initiative which had succeeded in distributing RM591.9 million since the outbreak of the Covid-19 pandemic in March last year would be continued. — Bernama

4.Beleaguered by HIV and social stigma