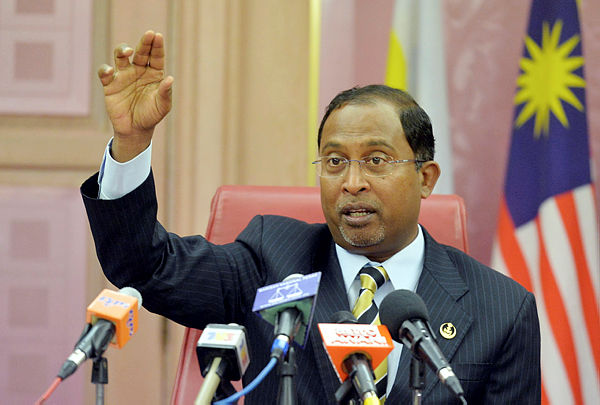 IPOH: Former Perak mentri besar Datuk Seri Zambry Abd Kadir walked out of the state Public Accounts Committee (PAC) public hearing before questions were even raised, as a form of protest against the proceedings at the State Secretariat building here today.

Zambry had been summoned by the committee to attend the hearing on issues related to Menteri Besar Incorporated (MB Inc). He was the former chairman of the entity.

Also present was former CEO of MB Inc, Datuk Aminuddin Hashim, who is the second witness to face the committee.

The committee stood by its decision to hold the hearing after several reasons put forward by Zambry were ignored.

“I will not answer questions if it is open to public which is against convention.”

“A public hearing should be convened only after an audit had been conducted and a report submitted to the state assembly for further action.

“Even parliament’s PAC does not allow any public hearing ... at the state level the committee did not follow procedures and practices,“ he added.

Zambry, the Pangkor assemblyman, maintained his stand and said his walkout was not an insult to the committee.

“If I refuse to attend then yes it is disrespect ... my presence is to protest the procedures and practices by the committee.

“I am willing to cooperate and prepared to answer questions if they follow procedures ... otherwise it would have set a bad precedent”.

Despite the arguments from both sides, PAC chairman Leong Cheok Keng directed the Pangkor assemblyman to stay put and answer questions which will be forwarded.

“The action by Zambry to walkout is insulting the committee ... he is only a witness not a suspect to answer questions”.

The Malim Nawar assemblyman also said the Standing Orders were silent on the question of the public hearing when he insisted the session be held behind closed doors.

“In parliament there was a standing order that the PAC could not hold a public hearing, but for Perak, there is no such order.

“The committee can regulate its own procedures ... we want the hearing to be transparent.”

Leong said Khusairi had sent a message stating he would not attend the meeting as he shared the same views as Zambry, while Aznel did not respond.