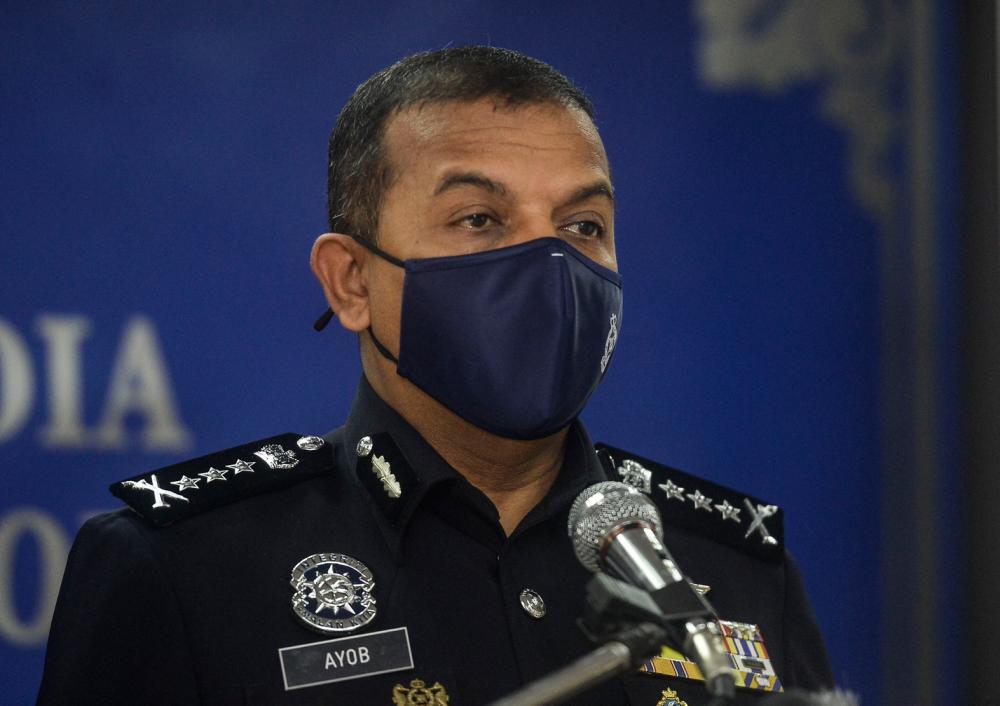 JOHOR BAHRU: Four individuals including a premises owner were arrested after they were believed to be involved in the illegal disposal of scheduled waste, causing many residents in Kampung Baru Sri Aman, Seelong, near here to panic and vacate their homes at midnight due to the foul smell.

Johor police chief Datuk Ayob Khan Mydin Pitchay (pix), who confirmed the arrests, said the four local men were detained by the Environment Department at about 11.30am at a premises not far from the scene.

He said following the incident, four women aged between 24 and 49 had been rushed to the Sultanah Aminah Hospital (HSA) and Sultan Ismail Hospital (HSI) due to shortness of breath.

“Together with the DOE, we have already arrested four people, including the owner of the premises, who are suspected of being involved in the disposal of toxic waste.

“We will share the rest of the information later because the arrests have just been made. The police will provide full assistance to the DOE for follow-up operations, there may be more locations that we need to check on, and maybe more arrests that we need to make,“ he told reporters after inspecting the situation at Kampung Baru Sri Aman.

Meanwhile, Johor Environment Department director Dr Mohd Famey Yusoff, who was met at the location, said samples had been taken from the contaminated area, and they would be sent to the Chemistry Department either in Melaka or Petaling Jaya, to determine the material causing the pollution.

“Currently, we aren’t sure what the discarded substance actually is. However, we have been able to identify the cause (but) we cannot disclose anything yet until it is confirmed via lab analysis.

“At this point, our officers and the police will raid the premises believed to be involved in illegal dumping activities,“ he said.

In the meantime, he said round-the-clock surveillance would be carried out by the DOE to ensure the chemicals do not endanger residents in the surrounding area. — Bernama