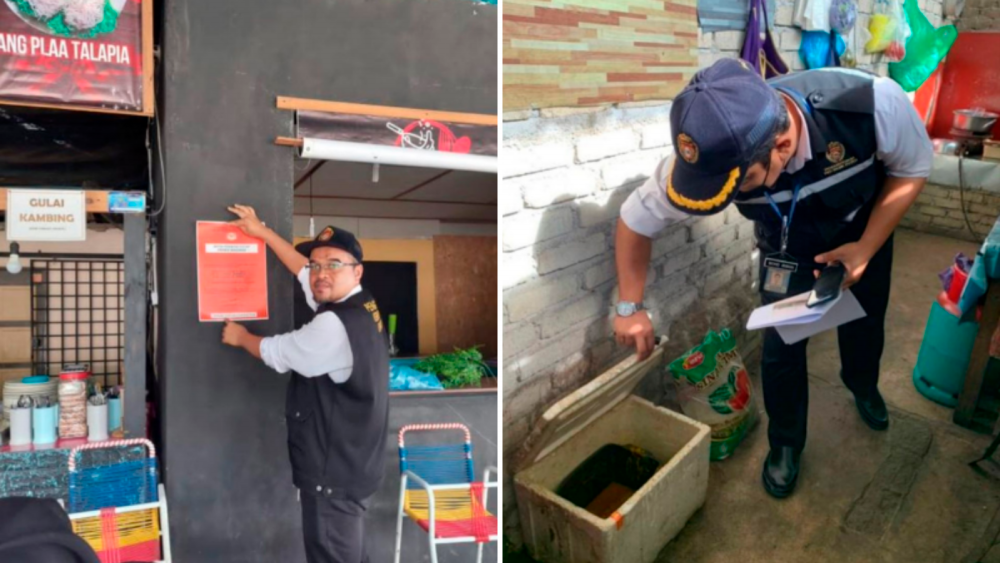 KOTA BHARU: Four eateries in Kuala Krai have been ordered to cease operations for 14 days after the premises were found to have not met the standard of cleanliness stipulated under Section 11 of the Food Act 1983.

“A total of 64 premises were inspected and the focus was on eateries around Kuala Krai, the Dabong resort area, Jelawang, Kampung Laloh and along the Kuala Krai-Gua Musang road. “Following this, 72 compound notices were issued to premises owners and food handlers for violating the Food Hygiene Regulations 2009,” he said in a statement today.

He also said that eatery owners who failed to comply with the cleanliness regulations would be given guidance in taking remedial action so as to improve the level of cleanliness at their premises.

“I have advised the public, especially those patronising restaurants or food premises in Kota Bharu and throughout Kelantan to visit premises that are clean.

“We are concerned with the issue of safety and quality of food in the state, hence we are committed to ensuring a satisfactory level of cleanliness at eateries to ensure that the food prepared is safe for consumption,” he added. - Bernama