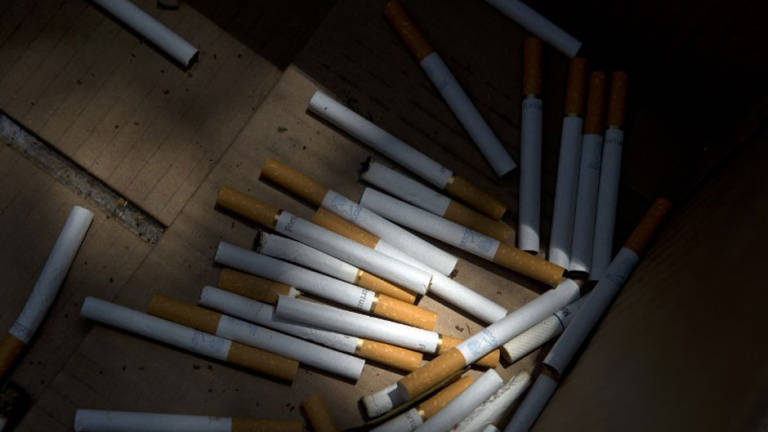 TAPAH: A total of 23,800 cartons of contraband cigarettes were seized from four lorries at Km318.7 on the North-South (PLUS) Expressway northbound, near here, yesterday afternoon.

Based on public tip-off, Criminal Investigation Department and Crime Prevention and Community Safety Department of the Tapah district police headquarters (IPD) conducted the operations on a smuggling syndicate in the Peninsula.

“Inspection found that all the cigarettes cartons had ‘Duty Paid’ stamps that we believe are fake and we are still investigating whether all of the four suspects today have any connection with three men arrested for smuggling cigarettes seized here on Monday,” he said at a press conference at Tapah IPD today.

All four suspects were remanded for seven days starting today and the case was being investigated under Section 135 (1) (d) of the Customs Act 1967.

On Monday, police seized 25,850 cartons of cigarettes worth RM4.3 million with the arrest of three men, including two Bangladeshis, at a warehouse in Wisma Ransons, Jalan Station here. - Bernama