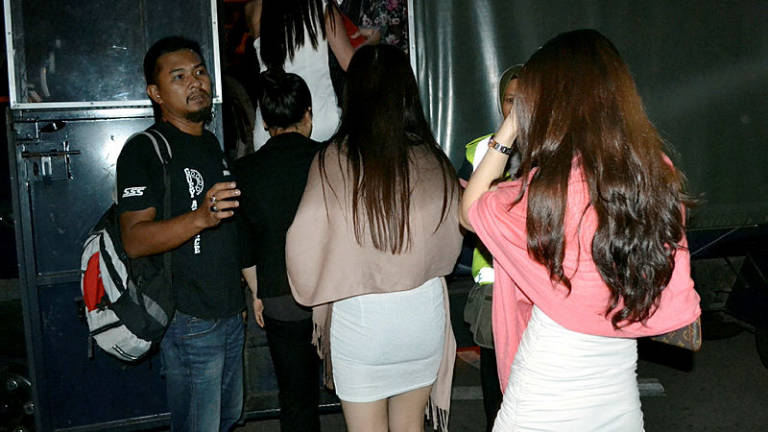 In his statement, Kuala Lumpur Police Criminal Investigation Department chief Datuk Rusdi Mohd Isa said those arrested, aged between 19 and 40, were from Thailand, Vietnam, Laos and Philippines, and working as guest relations officers at the centre.

During the 1.50am raid, police also arrested a local man, believed to be the manager of the premise and four waiters from Bangladesh.

“Police also arrested a man in his twenties who is on the wanted list for causing injuries with a weapon in Selayang,” he said.

All suspects were taken to the Brickfields District Police Headquarters to assist in further investigations under Section 4(1) of the Entertainment (Federal Territory of Kuala Lumpur) Act 1992, Section 55B/6(1) (C) of the Immigration Act 1959/63 and Section 39(b) of the Immigration Regulations 1963. — Bernama