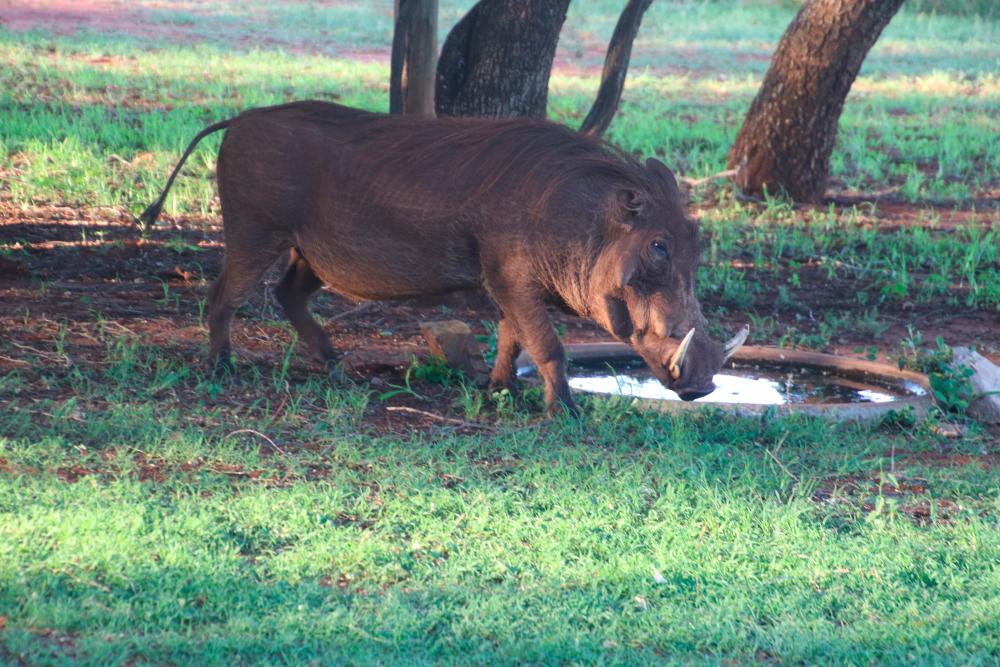 MELAKA: About 400 residents of Kampung Kelongkong, Tanjung Kling here, went frantic when their settlement was ‘invaded’ by a herd of wild boars a month ago.

The close encounter with the animals roaming in the village caused panic among the villagers, some were even almost injured, tripping over themselves as they fled on seeing the animals wandering near their homes.

A resident, Comel Khudrat, 62, said she was almost injured when she tripped at the entrance of her house after the sudden appearance of the boar near her home.

“The incident happened recently in the afternoon when I had just finished my laundry outside the house.

“Suddenly I saw several boars roaming in my yard. Worried that the animals might attack, I ran into the house and stumbled at the entrance. Fortunately, I was not injured,“ she recalled when met at her house here today.

The owner of an orchard, Abu Bakar Japar, 65, said carrying a catapult has become standard equipment every time he leaves the house as a precaution against possible attack.

In fact, he claimed to have suffered losses due to the destruction of his banana trees and sweet potato plants as a result of being chased by wild boars foraging for food in his garden.

“The animals raided my banana and sweet potato orchard last night. I feel like giving up because I have been working on the orchard for months. Now, if I want to go outside, I have to prepare a catapult for fear of being attacked,“ he said.

Another resident, Rahimah Kassim, 76, said she had never seen wild boars in such large numbers during her more than 50 years of living there but sightings are more frequent now, .

“My aunt has been staying here for a long time ... I have noticed since last month that many wild boars are roaming here. Every day, my aunt sees people scuttling about chasing off the wild boars,“ she said.

Meanwhile, Tanjung Kling Village Development and Security Committee (JPKK) chairman Khairulazni Baharuddin said the wild boar encroachment in the village was believed to have occurred a month ago and the matter had been reported to the Melaka Department of Wildlife and National Parks (Perhilitan) for further action like setting up traps. — Bernama Malaysia’s digital economy to contribute 22.6% to GDP, create half a million jobs by 2025

5.Malaysia’s digital economy to contribute 22.6% to GDP, create half a million jobs by 2025