Fraud cases involving losses of over RM31m recorded in Pahang 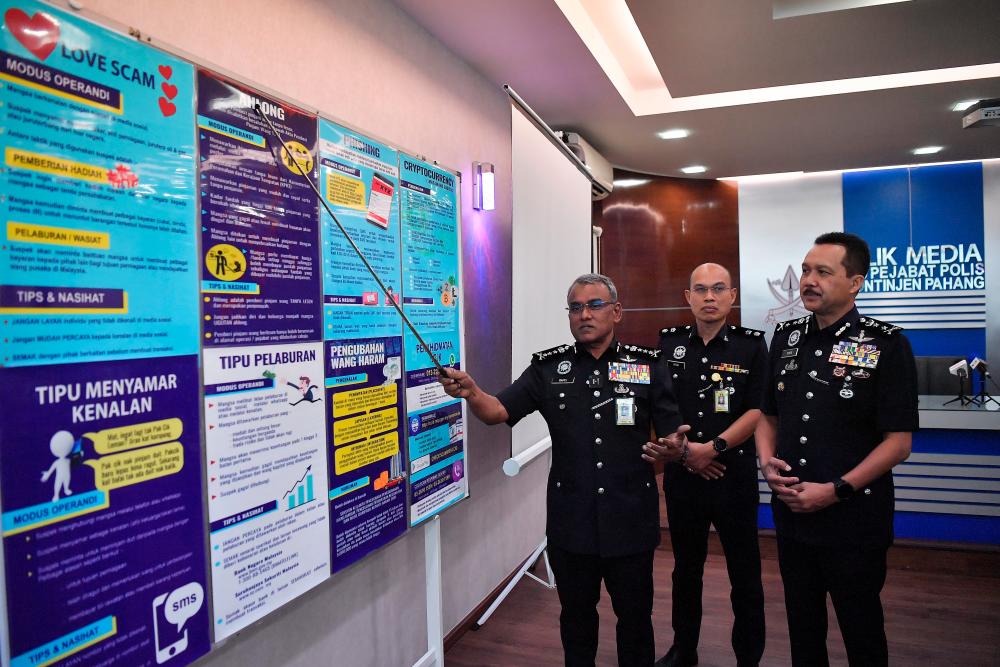 From the 6,338 reports received, police have opened investigation papers on 1, 203 cases while charges have been filed in 588 cases.

“Though various campaigns are being carried out to create awareness of fraud, commercial crime cases continue to surge. Last year the amount involved was about RM25 million for the same period compared to RM31 million this year,“ he said.

He said police continued to receive reports of fraud cases involving Macau Scam and Love Scam while the main victims are women, professionals and retirees.

Ramli also advised members of the public to refrain from being involved in mule account practices because 154 arrests were made in raids involving mule account fraud throughout last month, involving 47 women who received between RM600 to RM1,000.

These individuals aged between 20 to 60, comprising businessmen, the unemployed and workers from the private sector, were found to have ‘rented’ out their accounts.

Fraudsters may approach victims (mule account holders) with lucrative offers in exchange for the victim to ‘lend’, ‘share’ or ‘rent out’ their bank accounts/ cards or help fraudsters to receive or transfer funds illegally acquired from/to third parties. Victims can be prosecuted under the law if their account is involved in illegal activities even if they are not directly involved.

A mule account is when an individual or company allows their bank account to be controlled and used by criminals by handing over an automatic teller machine (ATM) card (PIN number) or providing an online banking password to criminals to receive money from fraudulent activities. - Bernama