Freeze cement price hike as it is a scheduled control item, says CAP 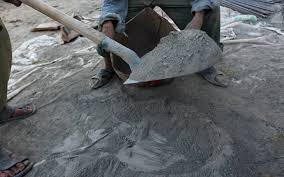 PETALING JAYA: The Consumers’ Association of Penang (CAP) has asked the Ministry of Domestic Trade and Consumer Affairs to stop cement traders from imposing a price increase on the item.

Cement is listed as a “scheduled control goods” in the ministry’s website dated 2019. However according to a 2008 news report the then Works Minister Datuk Mohd Zin Mohamed said the government might introduce a mechanism to ensure that steel bars and cement supplied to contractors at reasonable prices.

“Does this mean that the previous government had liberalised it 10 years ago?” CAP acting president Mohideen Abdul Kader said in a statement today.

Malaysian Competition Commission (MyCC) should also investigate if the cement players had violated the Competition Act because of reports that a company now dominates 85% of the local cement industry, he said.

Mohideen urged the ministry to take stern action against those who have already hiked the price prior to approval because cement is a price controlled item.

“According to a report, a cement supplier had increased the price to RM40 from RM20 per cubic metre since 15th June 2019,” he said.

“Never had cement prices skyrocketed so abruptly and had the government been informed of this move?”

Meanwhile, the ministry said its enforcement division will immediately issue a notice under Section 21 of the Price Control and Anti-Profiteering Act 2011(AKHAP 2011) to 19 cement producing factories throughout the country.

In a statement on Monday, Domestic Trade Minister, Datuk Seri Saifuddin Nasution Ismail said the notice is issued to seek clarification from the companies involved in the cause of rising cement prices.

“This notice must be answered within seven days from the date of its issuance and failure to respond within such time shall invite lawful action under the same Act.” he said.

Saifuddin added that any decision by licensed cement producers to hike the price of cement should be referred first and approved by the ministry as stated in the “Special Requirements for Cement Wholesalers” clause under the Control of Supply Regulations 1974.

He said price increase is not the absolute decision of the cement producers and the ministry has not received any official statement from them on the matter.