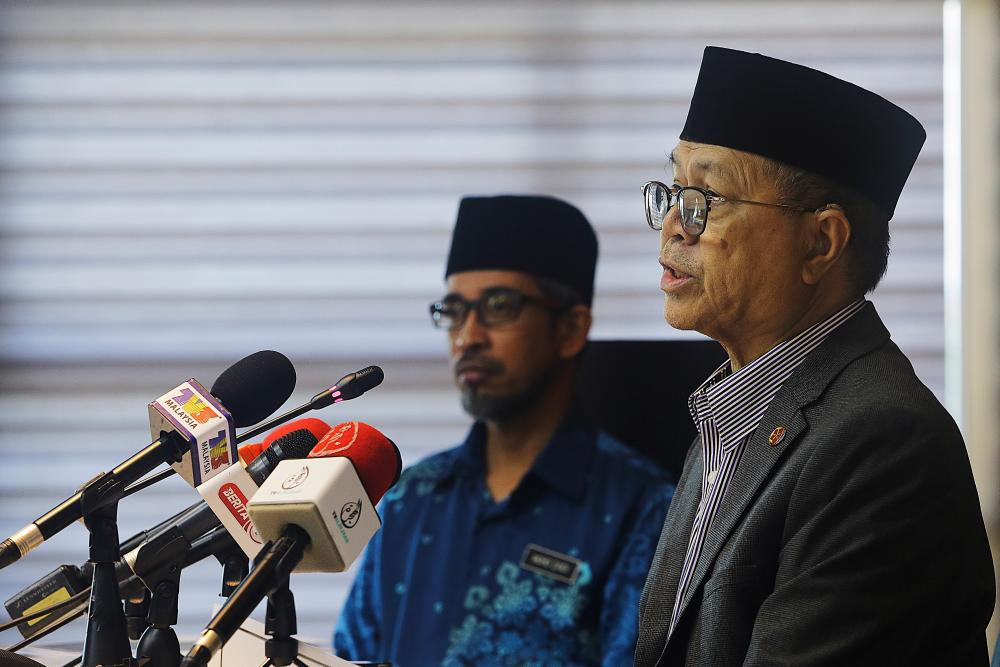 He said the Yang Dipertuan Besar of Negri Sembilan Tuanku Muhriz Tuanku Munawir, the four Undang and the Tunku Besar of Tampin gave their consent on the matter yesterday.

“As the Covid-19 pandemic is still not over, it is still forbidden to hold Friday prayers (in all mosques) in Negri Sembilan during the Conditional Movement Control Order (CMCO).

“The Negeri Sembilan Islamic Religious Affairs Department (JHEANS) would give their evaluation before it can be decided which mosques or surau will be allowed to open,” he told a press conference today.

As for Aidilfitri prayers, Mohamed said they could only be held at the same selected mosques and surau, while recommending that Muslims perform the prayers in their homes.

Mohamed added that the congregational prayers would be limited to between four and 12 people comprising committee members and officials of the mosque or surau.

Meanwhile, he said mobile tithe (zakat) counters would be opened at selected mosques in each district from tomorrow until May 23, between 10am to 2pm daily, to facilitate the Muslim community especially those in the Felda settlements and outskirt areas.

“However, those with internet facilities are encouraged to make their tithe payment online, as announced earlier,“ he said. - Bernama