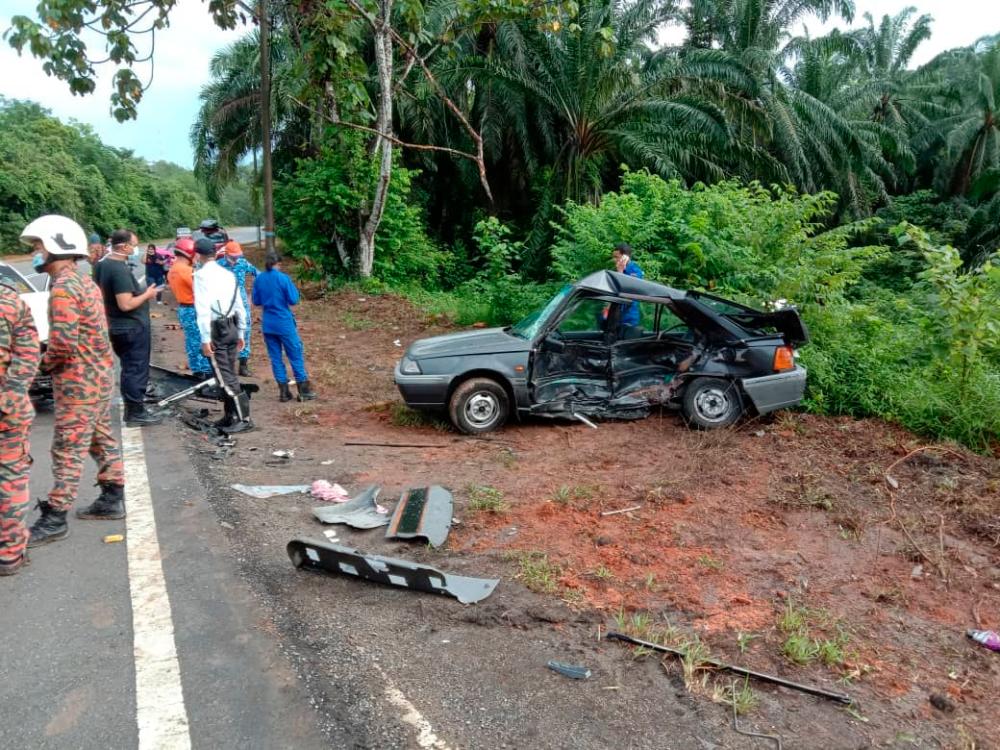 Officers from the Fire and Rescue Deparment, with police officers and passers-by, at the scene of the accident. — Facebook pix courtesy of ‎Merak Rimba‎ to Gabungan Anak Perak (Original)

SEPANG: A frontliner from the Malaysian Civil Defence Force (MCDF) was killed after a car she was travelling in was involved in a head-on collision on Jalan Jenderam here on Sunday.

Nurul Ain Natasha Mazlan, 26, was on her was to work with a colleague when the accident occurred at about 8.20pm.

Nurul Ain, who was attached with the Sepang MCDF and was seated in the front passenger seat, was killed on the spot.

Police investigations showed that Nurul Ain and a 22-year-old female colleague, who was driving the car, were heading to work from Salak to Jenderam at the time of the accident.

It is learnt that minutes into the journey, Nurul Ain’s colleague lost control of the vehicle and veered off towards oncoming traffic before it crashed into a car driven by a 35-year-old housewife who was returning home to Salak Tinggi after visiting relatives

Nurul Ain’s colleague and the housewife who suffered injuries were taken to the Putrajaya Hospital for treatment and are reported to be in stable condition.