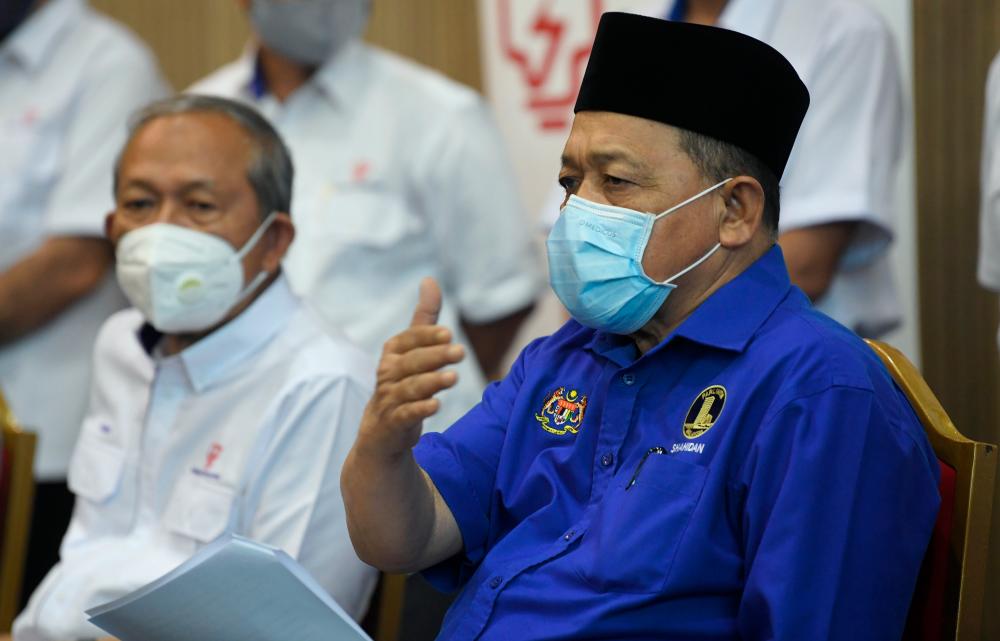 The Federal Territories minister said this was vital to restore the prosperity and lure of Labuan as a duty-free island.

“Labuan does not have that many interesting places that can be turned into attractive tourism icons, but its duty-free status can certainly highlight Labuan as an interesting destination to visit.

“To realise this goal, we must review policies which have caused Labuan’s duty-free status to be eroded and chipped away its privileges,“ he told 13 members of the Labuan Media Fraternity Association during their visit to his office in Kuala Lumpur on Nov 28.

Shahidan said the ministry wanted Labuan to be restored as a popular shopping destination in the region with branded consumer goods available at competitive prices.

“We want this to be realised, (hence) policies that hinder this goal will be studied and corrected. For Labuan to make a comeback as a shopping destination with attractively priced goods, we must ensure that cargo shipments go directly to Labuan and not through other ports,“ he said.

In a related development, he said various projects and programmes have been planned to draw more visitors to boost Labuan's economy.

“Facilities and infrastructure development should also be given priority in our efforts to attract visitors,“ he said.

The group had earlier explored the Langkawi UNESCO Global Geopark as part of a two-day study tour of the island which ended on Nov 28.-Bernama 5.Berrettini outlasts Monfils to set up Nadal clash in semis