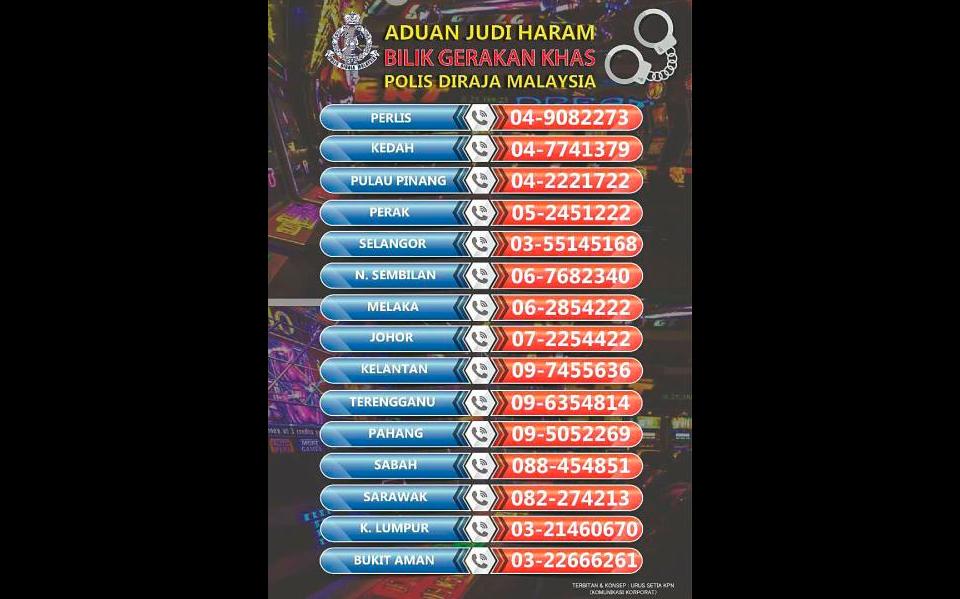 PETALING JAYA: The illegal lottery business is huge and earns the biggest chunk of the underworld’s revenue, amounting to billions of ringgit annually.

It is a “must protect at all costs” portfolio among all other illegal activities, and there is more than enough money to go around for all to ensure it works and stays in business.

While the six collectively report about RM9 billion in annual revenue and are subjected to about 20% in gaming and corporate taxes, the illegal rackets are said to be raking in about RM15 billion a year – tax-free.

This means the government is losing more than RM3 billion in taxes yearly.

The lost revenue is enough to build four modern hospitals or about 200 primary schools a year.

The revenue of illegal 4D operations is said to have risen by at least 20% since last year, following the launch of a new 4D game called the Golden Dragon Lotto (GDL), that operates out of a casino in Cambodia.

This has enabled the syndicates here to reap greater profits as they accept bets for GDL, that is purportedly jointly-owned by Malaysian and Cambodian businessmen.

According to anti-vice, gaming and secret societies head SAC Datuk Rohaimi Md Isa (pix), Malaysians who bet on 4-digit lotteries operating overseas via the internet are breaking the law and can face action under the Common Gaming Houses Act.

He said although the overseas lottery operator could be running a legitimate business in a foreign country, it is still illegal for Malaysians to place bets.

The internet and modern technology is also facilitating Malaysian participation in illegal 4D activities, especially those based in China, Vietnam and other neighbouring countries, he added.

“We launched ‘Ops Dadu Khas’ specifically to counter illegal 4D gambling and with this ongoing operation nationwide, we found a significant decline in these activities.

“We urge the public to refrain from supporting illegal 4D activities and to channel any information on such operations to the police.”

He said anyone caught promoting or acting as an agent for illegal 4D activities are liable to imprisonment of up to five years and a fine of up to RM200,000.

Police also seized RM4.3 million in cash in raids during the two years.

Are we a producer, creator or consumer economy?

3.Are we a producer, creator or consumer economy?