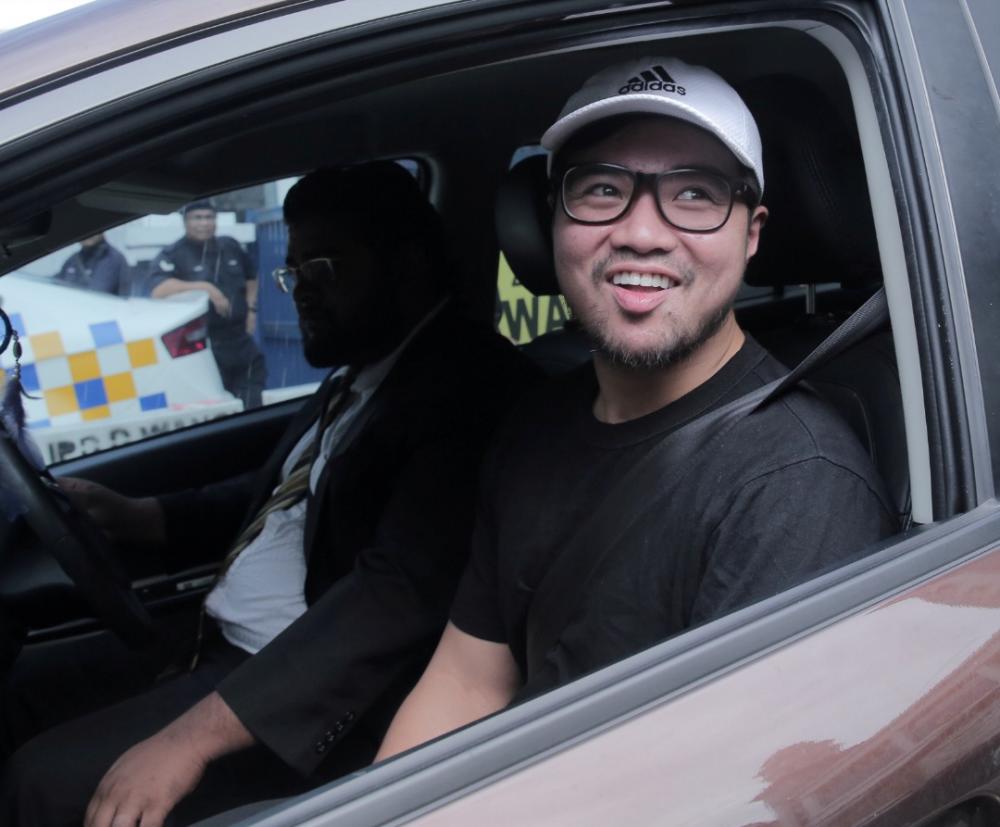 Sacked PKR Santubong Youth Cheif Haziq Abdullah Abdul Aziz who claims to be one of the 2 persons in the sex scandal video is being released from the Dang Wangi Police HQ, Kuala Lumpur. July 23, 2019.

“We still need to record the statement of one more person. Then we will submit the investigation papers to the Attorney-General Chambers for further action soon after,“ he said when contacted by theSun.

He also confirmed Haziq, along with political secretary to PKR president Datuk Seri Anwar Ibrahim, Farhash Wafa Salvador Rizal Mubarak, and a third person – Farhash’s friend who was held for investigations last week with him in Masai, Johor were released on police bail today.

Huzir also said a Selangor assemblyman in his 30’s was questioned by investigators over the case on Monday.

A special task force investigating the case have arrested nine people to date to assist in the probe.