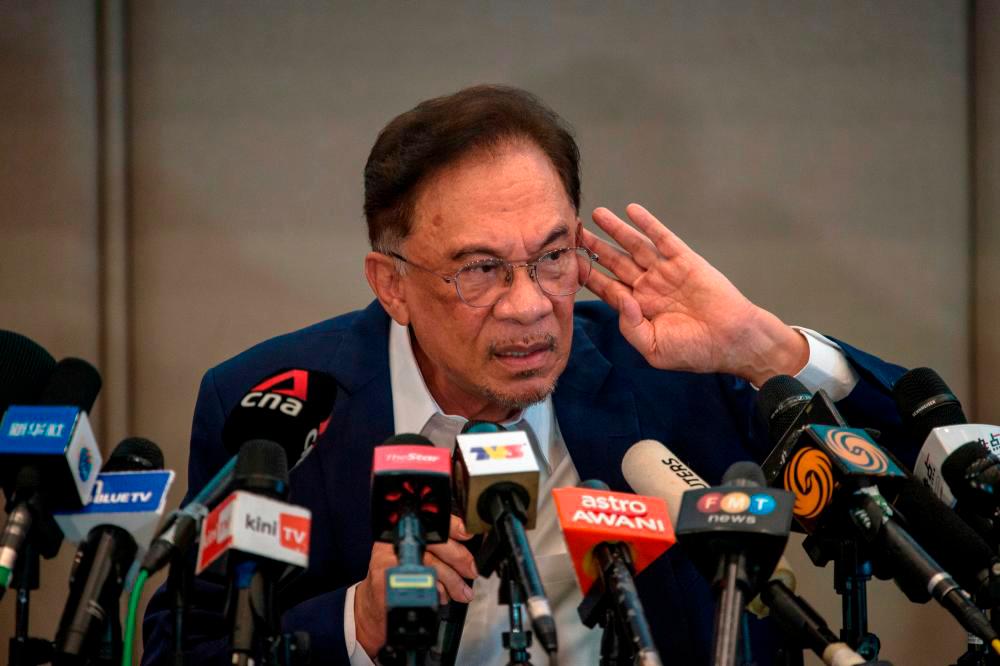 IPOH: PKR president Datuk Seri Anwar Ibrahim (pix) is considering the proposal for him to contest the Tambun parliamentary seat in the 15th General Election (GE15).

The Port Dickson Member of Parliament said the proposal had been made to him but he had not decided on this yet as the party’s focus now was on the number of seats to be contested and the PKR election machinery.

“What to you think? If you say I can, I will think about it. That is a suggestion that I am considering.

“The PKR Tambun branch has suggested this but I have not decided on it while my friends in Port Dickson are appealing for me to remain there. I have to think about this first,“ he told a news conference after the Perak PKR Leadership Council (MPN) meeting, here today.

It was previously reported that Tambun PKR branch chief, Muhamad Arafat Varisai Mahamad wanted to make way for Anwar to contest the Tambun parliamentary seat in GE15 and this was agreed upon by the party grassroots through the Annual General Meeting of the branch.

On the seats and candidates for Perak PKR in GE15, Anwar said this would be discussed at the party’s Presidential Council meeting.