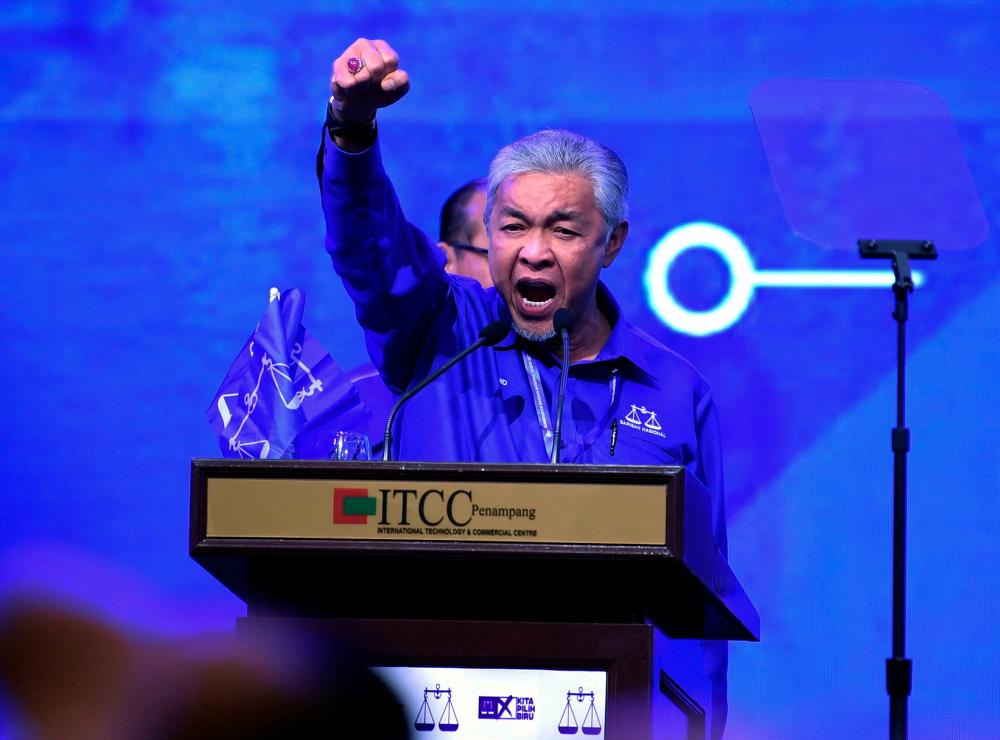 He said BN was ‘cornerned’ in the Sabah state election in September 2020, a situation that did not benefit the coalition. The UMNO president, however, did not elaborate on what he meant by ‘political cornering’.

“I don’t think we should be experiencing another cornering political journey, it would not benefit us, we have to be more careful and must be in the upper hand position,“ he told a press conference here today after officiating at the Sabah BN Convention 2022.

Ahmad Zahid said the coalition will allow Sabah BN the freedom to discuss pending issues with Gabungan Rakyat Sabah (GRS), including seat allocations for GE15, but added that all BN candidates will be decided by the national leadership.

“But I believe the dynamic of politics in Sabah must be entertained, I think they (BN Sabah) report to us when the time permits for them to get a decision from national leaders.

“Definitely Tok Mat (Mohamad) and I will sit down together with Bung Moktar and the Sabah BN leadership,“ he said.

The Bagan Datuk MP said in preparing for GE15, BN Sabah must translate the people’s support for the coalition into votes, rather than playing with emotions without doing their homework. - Bernama