GE15: Tioman candidates going all out to woo islanders 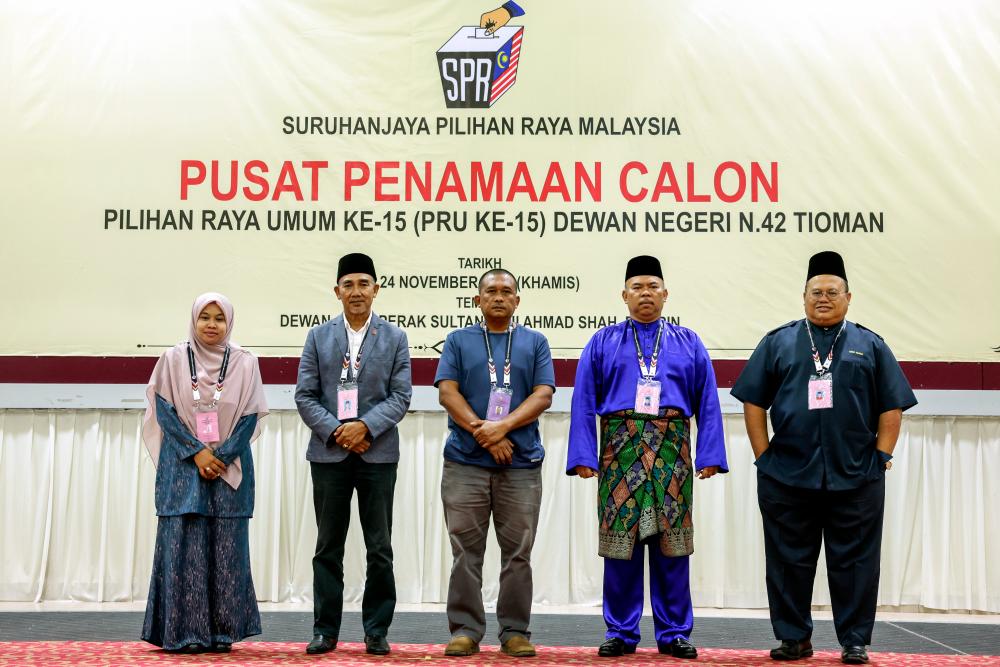 ROMPIN: Barisan Nasional (BN) candidate for Tioman state constituency Datuk Seri Mohd Johari Hussain admits that it will be an uphill task to secure victory to enable the party to ‘tie’ Perikatan Nasional (PN) in terms of seats in the Pahang state assembly.

The 15th general election (GE15) results saw BN winning 16 seats in Pahang, one seat behind PN while Pakatan Harapan (PH) secured eight seats, which resulted in a hung state assembly as no party or coalition obtained a simple majority of 22 seats.

Mohd Johari, who is also the Pahang Human Resource, Sports and Non-Governmental Organisations (NGOs) Committee chairman, said his focus is now definitely on the Tioman state seat, which makes him want to do his best as he faces competition from five corners, including PN.

“Although I am the Tioman incumbent, I cannot take the opposing candidates lightly because of the current situation. All candidates have their advantages and strengths and I have to work harder to win the hearts of the voters,“ he said when met at the Dewan Jubli Perak Sultan Haji Ahmad Shah, Rompin after the nomination process here today.

Pianggu PAS Muslimat (Women’s Wing) branch leader, Nor Idayu Hashim, the only woman candidate in the contest, is optimistic that the recent wave of support for PN in Pahang will continue until polling day on Dec 7 so that she can wrest Tioman from BN.

“A victory in Tioman can also further strengthen PN’s position in the Pahang State Assembly. I am often on the ground to campaign for the party and hope that those who know me will also vote for PN in this election,“ she said.

Meanwhile, 57-year-old Sulaiman said he chose the ‘prawn’ symbol as his ballot paper logo because Rompin district is famous for its lobster dishes, adding that he wanted to bring reforms because he believed the people of Tioman deserved better infrastructure, jobs and tourism-sector economic opportunities.

The retired teacher, with a Bachelor of Education degree from Universiti Pendidikan Sultan Idris (UPSI), and popularly known as King Aiman to locals, said the lack of job opportunities in Rompin, especially in Tioman, led to his three children migrating abroad.

“These young people are my main focus and I hope voters from outside and my former students will also return to vote,“ said Sulaiman, who now runs a Tualang honey shop.

“I grew up in Tioman and know many people here. I still have a chance if there are voters who make their choice based on people and not on parties.

“My concern is that many people will not vote because the election is on Wednesday. But I hope all voters will respect the democratic process and cast their votes,“ he said.

Polling for the Tioman state seat for GE15 was postponed following the death of PN candidate Md. Yunus Ramli on polling day (Nov 19).

The Election Commission (EC) then set Dec 7 as the new polling day and Dec 3 for early voting.

There are 28,465 eligible voters in the electoral roll for Tioman.