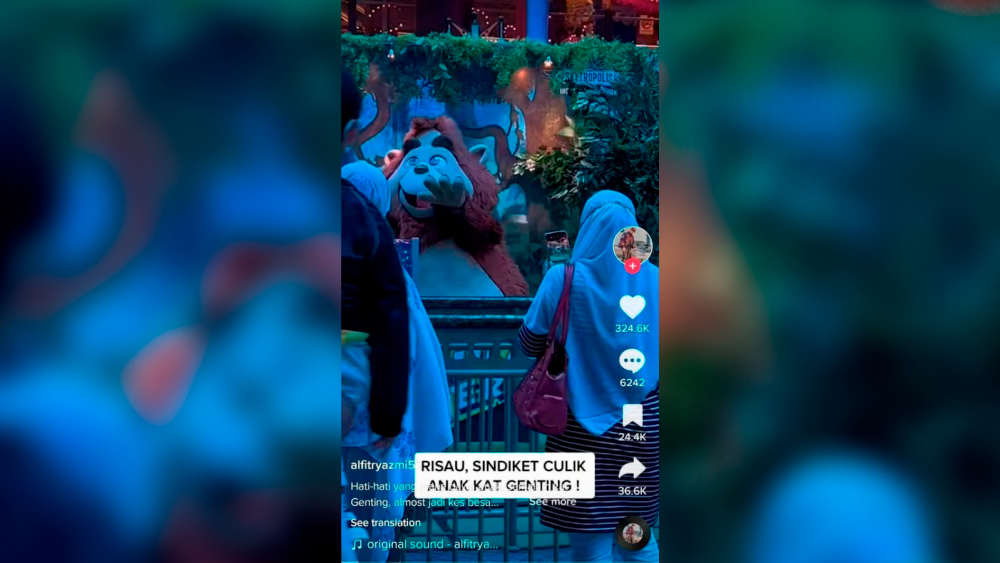 KUANTAN: Police detained two women, both foreigners, to assist in investigations over claims by a child who was said to be a kidnap victim in Genting Highlands which went viral on the Tik Tok application recently.

Bentong district police chief, Supt Zaiham Mohd Kahar in a statement yesterday said the suspects, aged 42 and 50, were detained at about 11.30am, two days after the child’s father who is a local, lodged a police report.

The case is being investigated under Section 363/511 of the Penal Code for kidnapping which is punishable with imprisonment for a term which may extend to seven years or a fine, if found guilty.

Last Monday, a one minute 20-second Tik Tok video clip under the user name @alfitry_azimi52, claiming that a child was close to becoming a kidnap victim at the resort, went viral. 1.Local man advises others to get better cars to improve dating chances

2.Check the label: ESG funds not as green as they seem - Study