GKP recipients will automatically be considered for BKM 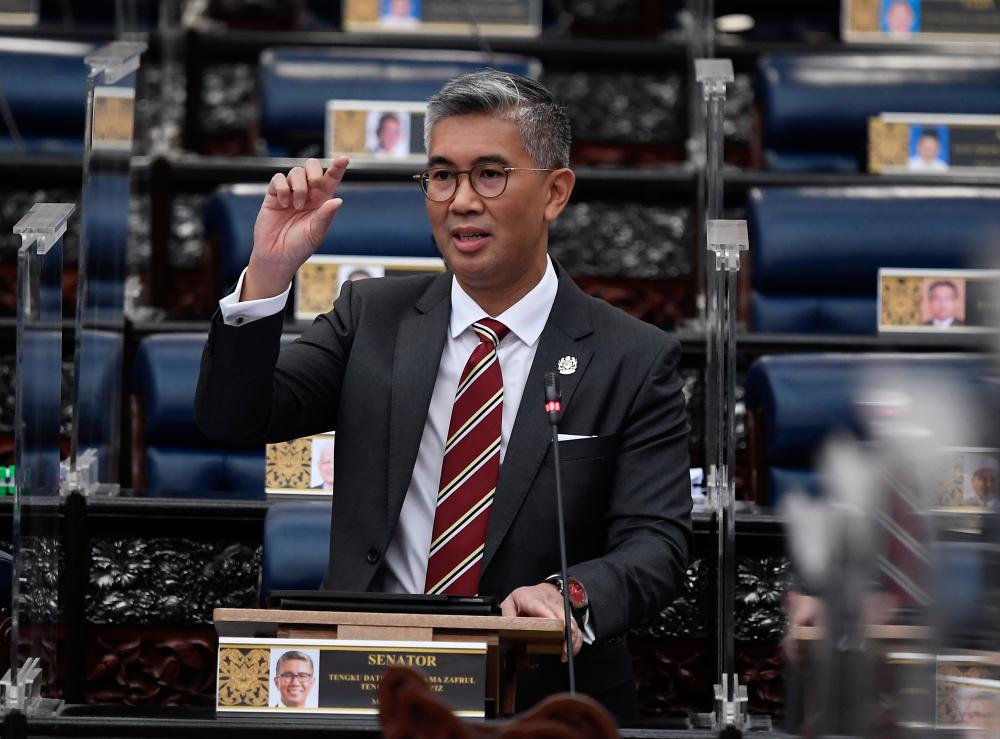 KUALA LUMPUR: Recipients of Geran Khas Prihatin (GKP) who failed in their applications for Bantuan Prihatin Rakyat (BPR) or the COVID-19 Special Assistance (BKC) will automatically be considered for the Bantuan Keluarga Malaysia (BKM) scheme.

Finance Minister Tengku Datuk Seri Zafrul Tengku Abdul Aziz (pix) said that for new applications and updates for BKM, the registration period would be from Jan 1-31 next year.

He said this was to ensure those eligible and are not in the government’s data base would still be given a chance to apply.

He added that data from nine government agencies would be entered into the BKM data to minimise exclusion error.

“This encompasses data on ekasih, JKM (Social Welfare Department) aid, residents of public housing or people’s housing projects, Orang Asli, registered homeless people, single mothers, recipients of SOCSO insurance scheme and zakat (tithe) or Baitulmal recipients,” he said when winding up the debate on the Supply Bill 2022 at the Committee level in the Dewan Rakyat, today.

Tengku Zafrul said that for the second half of 2021, a total of RM10 billion cash aid had been set aside, including for BKC and the RM500 GKP payment, with RM8.8 million channeled from July to November and the remaining RM1.2 million to be distributed in December.

The government introduced the BKM through Budget 2022 with an allocation of RM8.2 billion to be distributed to 9.6 million recipients.

He also said that most of the companies that would be imposed with Cukai Makmur (prosperity tax) were firms involved in the banking, oil palm plantation and rubber gloves industries.

He added that based on records, 113 companies that had achieved pre-tax earnings exceeding RM100 million in the last two financial years were from these industries.

“The Cukai Makmur is only imposed as a one-off measure at the company level and not at the final production or finished goods stage.

“So, the taxable income charged is after taking into account the tax incentives given. This means that after the tax incentives are deducted from the companies’ earnings, then the income in excess of RM100 million per year will be subject to the prosperity tax at a rate of 33 per cent,” he said.

Meanwhile, there was some chaos during the winding up session, forcing Deputy Speaker Datuk Mohd Rashid Hasnon to order RSN Rayer (PH-Jelutong) to leave the chamber for 20 minutes after he ignored instructions not to interrupt the Finance Minister who was answering a question.

Rayer, who had questioned why former prime minister Datuk Seri Najib Tun Razak (BN-Pekan) had not been blacklisted and allowed to leave the country, was not satisfied with the answer given by Tengku Zafrul that it was the court’s decision.

The Dewan Rakyat then passed the allocation for the Supply Bill 2022 at the Committee level for the Finance Ministry totalling RM15,946,434,600. — Bernama