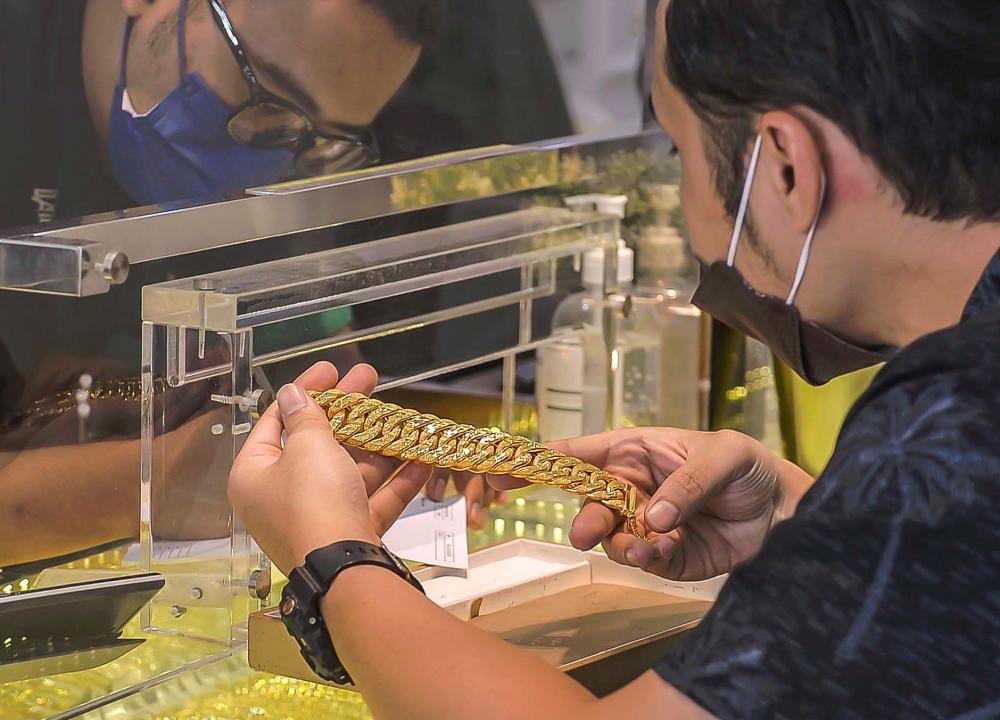 PETALING JAYA: Come rain or shine, war or pandemic, putting your money in gold remains the best form of investment.

In times of crisis especially, investing in gold is the way to go, according to investment experts.

The rising trend of gold prices is undeniable, but one needs to be patient.

Unlike stocks and shares, whose prices rise and fall quickly, at times on an hourly basis, the price of gold has been on an uptrend for years now.

Jeweller Mohd Zaruddin Mahmud pointed out that right in the middle of the Covid-19 pandemic, gold emerged as the best performing traditional asset for investors.

Zaruddin, who is the senior general manager for sales and marketing at Habib, said this showed that even in times of turmoil, gold remains an effective hedge against inflation.

Investors in gold have seen a 25% return in the past two years. In the same period in Malaysia, the inflation rate was minus 1.2%.

While markets have reacted negatively to the threat of war between Russia and the Ukraine, the price of gold has held steady.

Bourses around the world took a tumble this week even as talks continue in efforts to avert a military showdown.

While Zaruddin feels that the price of gold is now on the “high side”, he expects the upward trend to continue in the years to come.

“In contrast with traditional portfolios such as stocks and shares, investing in gold in the form of jewellery or bars does not require much money or market knowledge,” he pointed out.

He said that with the financial markets becoming increasingly sophisticated, gold is now perceived as a more attractive investment option compared with equity, fixed income and unit trusts.

However, he also stressed that patience is key. “When you invest in gold, you are not going to see a spectacular gain in the short term,” he pointed out. “This is definitely a long-term commitment.”

Just like other investment instruments, Zaruddin said, anyone who expects quick gains from his investment in gold could be in for a disappointment.

“While the price of gold is volatile now given that the world economy is still unstable, it remains a good investment. Apart from that, the Covid-19 pandemic is still a big issue while the relationship between Russia and the Ukraine remains tense. As a result, investors are switching to safer options (such as gold),” he added.

Financial planner V. P. Thanga said that while the price of gold had been fairly volatile in the past three years, the precious metal had nonetheless brought investors some good returns in the past two years.

“One advantage of investing in gold is that the value will never drop to zero, unlike the stock market,” Thanga, who is executive director at Blueprint Planning, told theSun.

“Putting your money in a long-term investment is like planting a tree. You have to let it grow and prosper,” he said.

He said that if one plans to invest in gold, the strategy should always be for the long term.

“In the intervening period the market will fluctuate and will show downward and upward trends but only on a temporary basis in response to global events,” he said, citing the tensions between Russia and the Ukraine as an example.

“Such events will have an immediate impact on the price of gold but at the end of your investment period, you can see the seed you planted has grown,” he said.

“Always go for different asset classes to lower your risks. Avoid putting too much money in a certain class of investment,” he added.