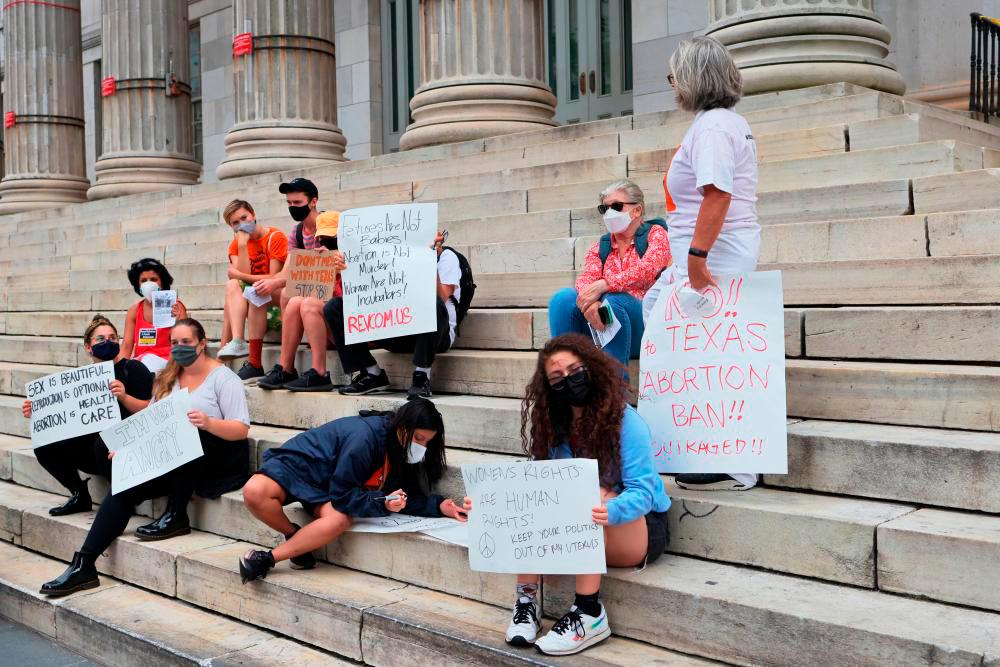 PETALING JAYA: A conservative estimate of 90,000 abortions are performed in Malaysia annually, and 240 clinics nationwide offer abortion services, according to the Federation of Reproductive Health Associations Malaysia (FRHAM).

But even if a woman becomes pregnant due to rape or incest, or an underage person is criminally impregnated, she cannot legally have an abortion without the consent of a medical doctor.

Section 312 of the Penal Code states abortion is permitted “only if a registered medical practitioner is of the opinion, formed in good faith, that the continuance of the pregnancy would be a threat to the woman’s life or cause injury to the woman’s physical or mental health”.

“How do we interpret ‘good faith’? The law doesn’t state when a registered medical practitioner can legally perform an abortion, nor at what stage of the pregnancy it can be performed.

“However, the Guideline on Termination of Pregnancy (TOP) published by the Health Ministry in 2012 mentions that the expulsion or removal of an embryo or foetus can be done when it is incapable of independent survival (500g, or 22 weeks gestation).

“There is also a fatwa by the National Fatwa Council issued in 2002 that says abortion is permitted up to 120 days of the age of the foetus when the mother’s life is in danger or foetal impairment is a possibility. Foetal viability is presumed to be at the third trimester, which is 23 to 24 weeks into the pregnancy.

“The absence of the word ‘abortion’ in our laws has led to confusion that it is illegal. But the law provides for termination of pregnancy if it is consented by a medical doctor in ‘good faith’,” he said.

All Women’s Action Society information and communications officer Jernell Tan Chia Ee said it was time the government allowed women the right to freely access abortion procedures due to unplanned pregnancies, rather than confine it to medical reasons only.

She said considering the average number of household members in Malaysia is 3.9, and they have food and other financial obligations such as house and vehicle loans, the current cost of an abortion in the private sector was not affordable for those in the B40 and M40 groups.

“This is especially the case in light of dire economic circumstances, during which Malaysia has seen at least 600,000 families experiencing downward movement in socioeconomic mobility from M40 to B40 due to pandemic-induced income losses,” she added.

Tan was responding to comments by Reproductive Rights Advocacy Alliance Malaysia president Dr Subatra Jayaraj, who said those who wished to have safe abortions had little access and mostly could not afford it, considering that abortions in the country cost between RM700 and RM8,000. Almost 90% are done in the private sector.

Additionally, the largest study done by the US, the Turnaway Study, found that children of women who were denied an abortion were found to be more likely to experience poorer maternal bonding, compared with children of other women who received an abortion.

“Health-wise, the study found that women who were denied abortions reported more life-threatening complications such as postpartum haemorrhage, as well as chronic conditions like gestational hypertension, joint pain and migraines, compared with those who had abortions,” she said.

FRHAM medical chairman Dr Dinesh Mahalingam said safe abortions were only done in the private sector and not at government facilities.

“The request for an abortion is what matters to public hospitals. The mental health and readiness of a woman to become a mother are not part of the consideration as far as government health facilities are concerned. Even an underage or teenage pregnancy is not deemed acceptable for abortion.

“The case is referred to the welfare department instead and therefore, public access to abortions has been limited to the private sector, which is costly and unaffordable for many. This not only affects the B40 or M40 categories but also foreigners such as refugees, immigrants and so on,” he added.