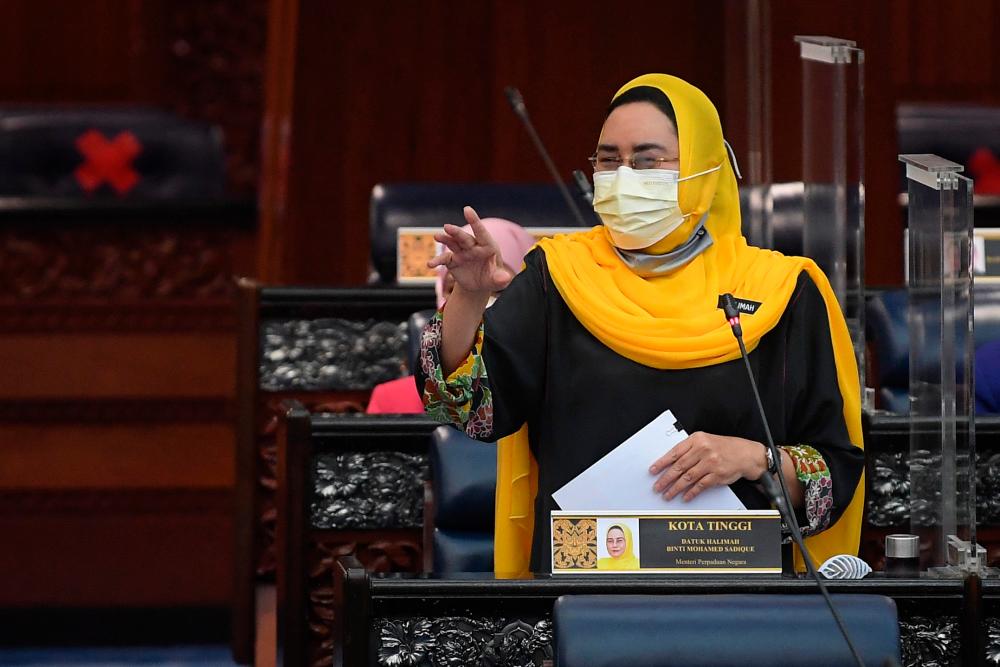 Its minister Datuk Halimah Mohamed Sadique (pix) said the plan was inclusive by making the Federal Constitution and the Rukun Negara the main thrust in building a harmonious and prosperous society.

She explained that the objectives of the plan were to understand the concept of unity in the Malaysian Family context, create a clear aspiration to be achieved in the next 10 years and outline a strategic shift and more targeted and comprehensive new initiatives.

“The Malaysian Family Unity Plan is also to translate the National Unity Policy and National Unity Blueprint into proper implementation of programmes and initiatives and across various agencies including government and private agencies, NGOs and community,” she said during the oral question and answer session in Dewan Negara here today.

She was responding to a question from Senator Muhammad Zahid Md Arip who wanted to know the definition, concept, goals and action plan of the Malaysian Family concept as well as the government’s measures to ensure that the slogan does not cause any confusion.

According to Halimah, the phrase Malaysian Family emphasises on equality, unity and inclusiveness which transcends religious, racial and ethnic boundaries.

“The practice of noble values will become the foundation in creating a prosperous Malaysian Family based on trust, unity and tolerance,” she said. — Bernama