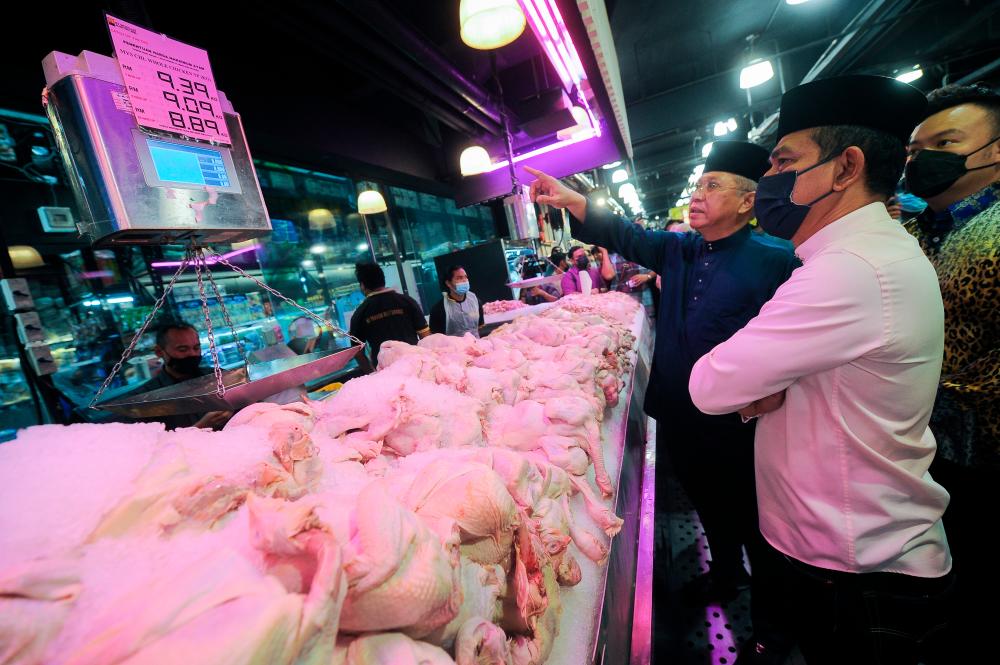 KUALA LUMPUR, July 1 - Communications and Multimedia Minister Tan Sri Annuar Musa saw the current price tag of fresh chicken during a survey of the price of subsidized goods at a supermarket. BERNAMAPIX

In this regard, Annuar, who is also the chairman of the Special Task Force on Jihad Against Inflation, said the task force was currently looking at more effective communication channels, such as creating a website and setting up an enforcement network or a hotline for the public to lodge complaints.

He said, so far, the special task force had received a recommendation to facilitate 1,800 members of the Keluarga Malaysia community to check the price increase situation at the grassroots level throughout the country.

“During my checks at several markets, some buyers had voiced out their views on the lack of information on the current prices of items such as chicken.

“We will discuss the matter at the next committee meeting so that the public can see what the government is doing, as well as express their views and opinions,” he said after conducting a price check at the Siti Khadijah Market here today.

Elaborating, Annuar said the action taken by the government to provide subsidies and set the ceiling price for standard chicken had given a positive impact.

He said it was also found that there was an adequate supply of raw chicken and most traders complied with the set ceiling price and the situation seemed to have returned to normal.

“We hope this situation will continue to improve. The government will scrutinise the matter, especially those involving the poultry industry to ensure that the supply is always sufficient,” he said.

In another development, Annuar said the special task force had discovered irregularities in the supply of subsidised cooking oil with some of them being sold online.

“We know that currently there is a shortage of subsidised cooking oil in the market. However, three days ago we detected this oil being sold online.

“As for non-subsidised cooking oil, the selling price depends on world palm oil prices. The government cannot intervene because the public has the option of buying cheaper cooking oil (subsidised oil),” he said. - Bernama