Gov’t to relook into reliance on foreign labour: Mustapa 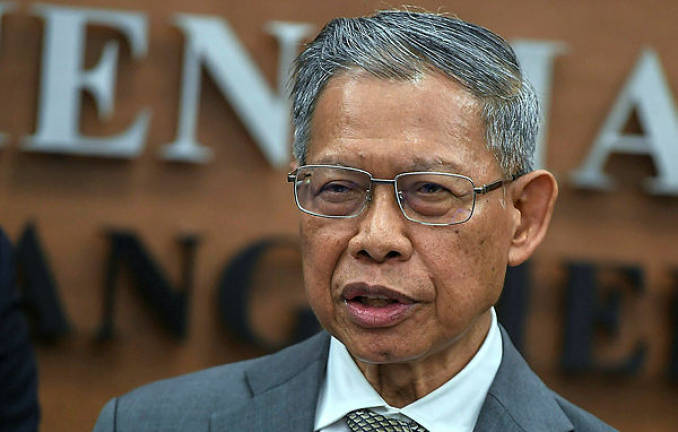 KUALA LUMPUR: The government will have a relook on policy regarding the country’s 2.3 million foreign labourers, following various difficulties encountered by the group during the Movement Control Order (MCO) to stop the spread of Covid-19, according to the Minister in the Prime Minister’s Department (Economy).

Datuk Seri Mustapa Mohamed (pix) said the number of foreign labourers in the country could be controlled in order to create more job opportunities for locals.

“However, we are aware of the need for foreign labour among certain industries to meet the economic demands,“ he said during RTM’s ‘Bicara Naratif’ programme on ‘Post Covid-19 Economic Recovery’ last night.

The economy according to him, would remain in the same position as in 2016 with the per-capita income declining to US$9,000 compared to present level of US$12,000 if no action was taken to revive the economy.

“The pandemic that hit Malaysia and the world is very historic in the modern economy. Therefore, the business operation is expected to curb the country’s economic downturn,“ he said.

The CMCO also provided opportunities for the people to be employed and not rely on the Prihatin Economic Stimulus Package (Prihatin), thus increase the purchasing power.

“We have flattened the Covid-19 transmission curve, but not yet fully. Health is still the priority.

“We are now entering the gradual resumption of the economy under strict Standard Operating Procedure and it needs high-level of discipline,“ he said.

The RM250 billion Prihatin Economic Stimulus Package was announced by the Prime Minister Tan Sri Muhyiddin Yassin on March 27 to ease the burden of the people and businesses affected by the Covid-19 and the MCO.

Mustapa said there were companies including multinationals in the textile sector which announced that they would stop operating their businesses due to receiving less demand from developed countries.

Changes in business strategies including by small and medium-sized enterprises could result in job loss and unemployment.

“That is why wage subsidies are being improved to help employers protect jobs. But we know, the recovery will not happen overnight,“ he said.

On April 6, the allocation for the wage subsidy program announced via the Prihatin Economic Stimulus Package was increased from RM5.9 billion to RM13.8 billion.

In the long term, the government is looking at industries that have the potential to compete as well as study new incentives to encourage foreign and local investment, Mustapa said.

Guarantees are also given to the implementation of infrastructure projects such as the East Coast Rail Project (ECRL) to enable it to become a “game-changer” in transforming the country’s economic landscape.

“The 12th Malaysia Plan, as well as the Shared Prosperity Vision of 2030, will be given attention.

“Efforts to improve the people’s standard of living continues, but (the improvement) will only happen if there is economic growth from now on,“ he said. - Bernama