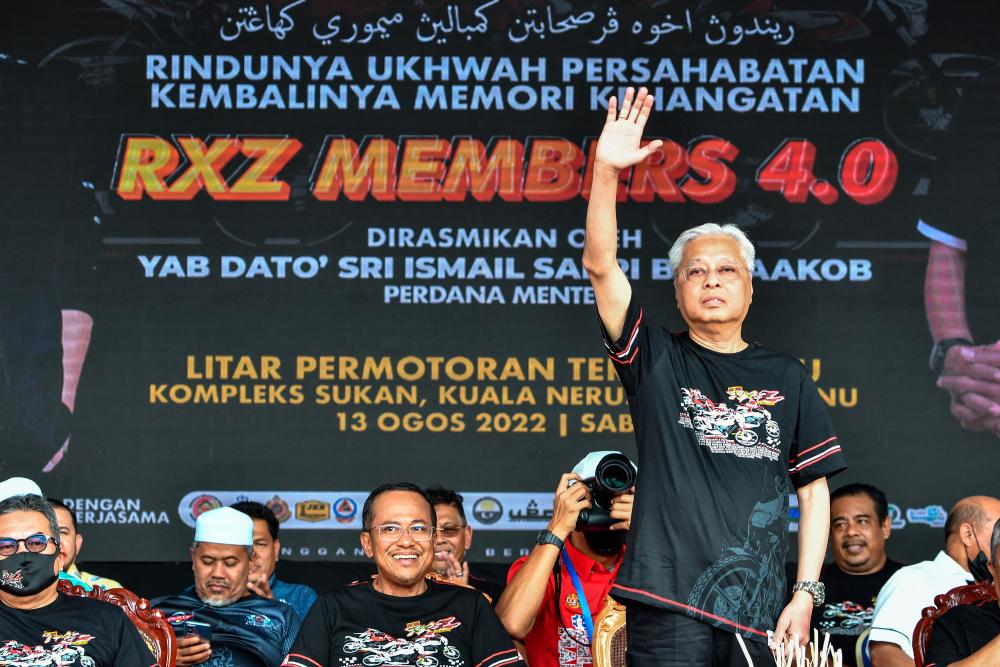 KUALA NERUS: The government plans to build a drag racing circuit in all states to enhance development of motor sports in the country.

Prime Minister Datuk Seri Ismail Sabri Yaakob said the proposal would be included in the 2023 Budget, to be tabled this October.

“So far, two drag circuits have been built, in Terengganu and Malacca,“ he said when opening the 2022 RXZ Members 4.0 Programme at the Terengganu International Drag Strip in Gong Badak here, today.

He said with the facility available, it would give youths the opportunity to participate in motor sports activities through proper channels.

Ismail Sabri also called on the young people to participate in the MyFit@Motorsports 2022, which is a grassroots motoring development programme, involving the development of motorcycle and car sports organised by the Ministry of Youth and Sports.

By participating in the programme, he said, they could gain knowledge, through training, courses and clinic, adding that the programme would also help in scouting new talents for participation in motor tournaments and racing at the state and national level.

The government, he said, would also always support activities by motoring clubs, especially in helping help those affected by hardship, such as flood victims.

“Many motoring clubs are involved in charity work...During the flood, they helped to clean houses of flood victims...Perhaps we can organise (a gathering of riders) every year and the government can provide sponsorship.

”In this way, we can highlight the interest of the young people, hence, reduce the negative perception of riders associated with various names such as Mat Motor,“ he added.

Before ending his speech, Ismail Sabri congratulated the organiser of today’s event, which attracted more than 30,000 motoring fans across the country. - Bernama 4.Isa Samad’s appeal against corruption conviction for hearing on March 7 next year