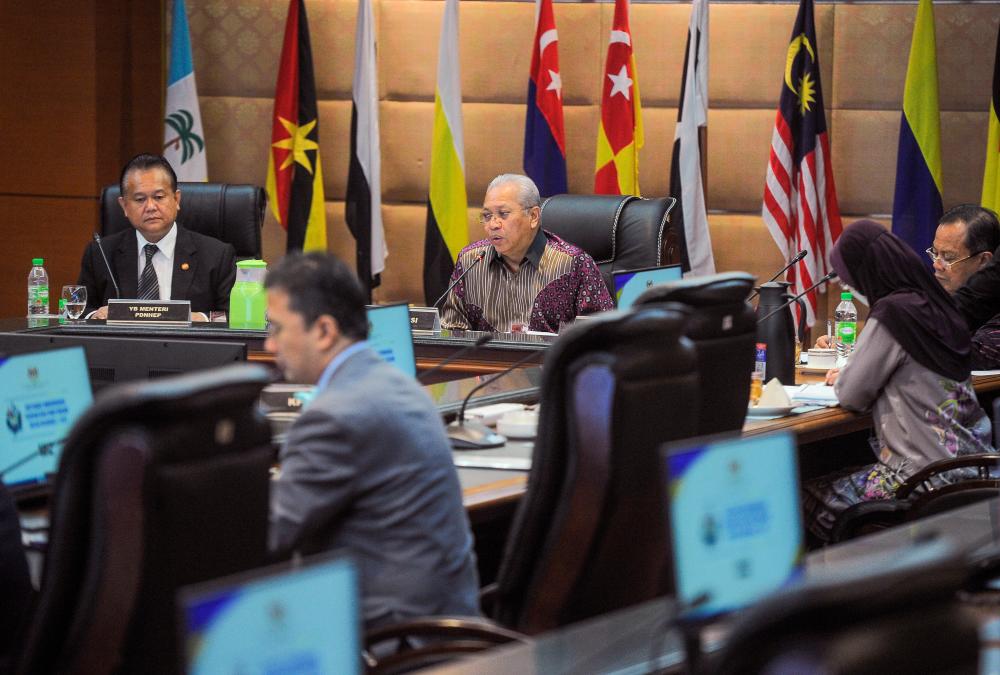 PUTRAJAYA: The government, through the Special Task Force on Jihad Against Inflation, will strive to keep the inflation rate in Malaysia low and manageable to ensure the wellbeing of Malaysian families, Communications and Multimedia Minister Tan Sri Annuar Musa announced.

Annuar, who is the chairman of the task force, said they would give attention to all prices of goods and services that could contribute to the increase in the inflation rate, apart from chicken, eggs and cooking oil.

“We are also giving assurance that we will continue taking a proactive approach to control and keep the country’s inflation at a low and manageable rate. ”

He said this at a press conference after chairing the task force’s first meeting which was also attended by Minister of Domestic Trade and Consumer Affairs Datuk Seri Alexander Nanta Linggi and Chief Secretary to the Government Tan Sri Mohd Zuki Ali.

Ismail Sabri said the main role of the special task force is to gather all information from ministries, agencies and the public, and to formulate strategies and coordinate actions to resolve issues relating to inflation, especially in controlling price hikes more efficiently and effectively.

Meanwhile, Annuar said the formation of the task force would also strengthen cooperation among various agencies and would be expanded should the need arises.

“The special task force’s main task is not limited to the members’ ministries as more ministers would be invited into the task force if there are issues relevant to them.

“Several agencies will also be included such as the BNM (Bank Negara Malaysia), PDRM (Polis Diraja Malaysia) and a group of consultants who have the expertise to provide views and advice to this task force, especially on measures that can be taken,” he said.

Annuar said despite the inflation rates being on the rise across the world, Malaysia is still among the countries with the lowest rates, which is at 2.8 per cent.

“Perhaps many do not realise that this was the result of the government’s commitment in implementing the price control measure, especially for essential goods with the government providing some subsidies.

“In Parliament last year, the government has approved subsidies totalling RM33 billion for 2022, but looking at the trend of price hikes, the MOF (Ministry of Finance) had projected the actual subsidies to be over RM70 billion.

“This means that the government had retained the policy of providing subsidies for certain goods to ensure that the people would be severely affected by the inflation,” he said.

“NACCOL is a national-level committee, chaired by the Prime Minister. Besides, the Cabinet also discusses the problems faced by the people in its meeting every Wednesday,” he added. — Bernama