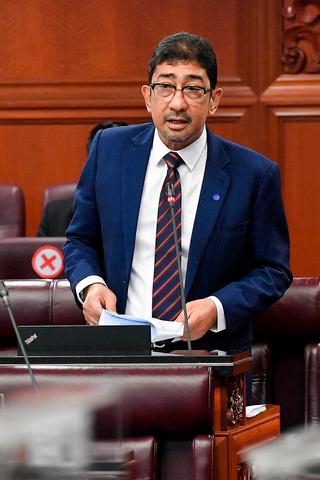 KUALA LUMPUR: The government is utilising satellite technology via the Very Small Aperture Terminal (VSAT) to provide internet service in rural and remote areas nationwide, the Senate was told.

However, he admitted that the use of satellite technology was not the best solution for the long run in providing such a service.

“This is because broadband service provided through satellite technology has its weaknesses including capability based on limited capacity, high operation and maintenance costs, and stability issues in the event of bad weather or power outage.

“However, with the ongoing development in satellite technology, the ministry will continue to evaluate and consider using this technology in areas unreachable by fibre optic or 4G technology,” he said during Question Time at the Dewan Negara sitting today.

He was replying to a question from Senator Adrian Banie Lasimbang who wanted to know the latest technology adopted by the government to ensure access to 4G coverage network in remote and blind spot areas in Sabah.

Zahidi said the ministry would work with service providers and the Sabah government to carry out a study to identify the best solution in ensuring such areas would enjoy appropriate mobile speed.

He said this was crucial as topography and population of remote areas in Sabah would be the deciding factors in ensuring an effective, viable and future-proof network structure.-Bernama