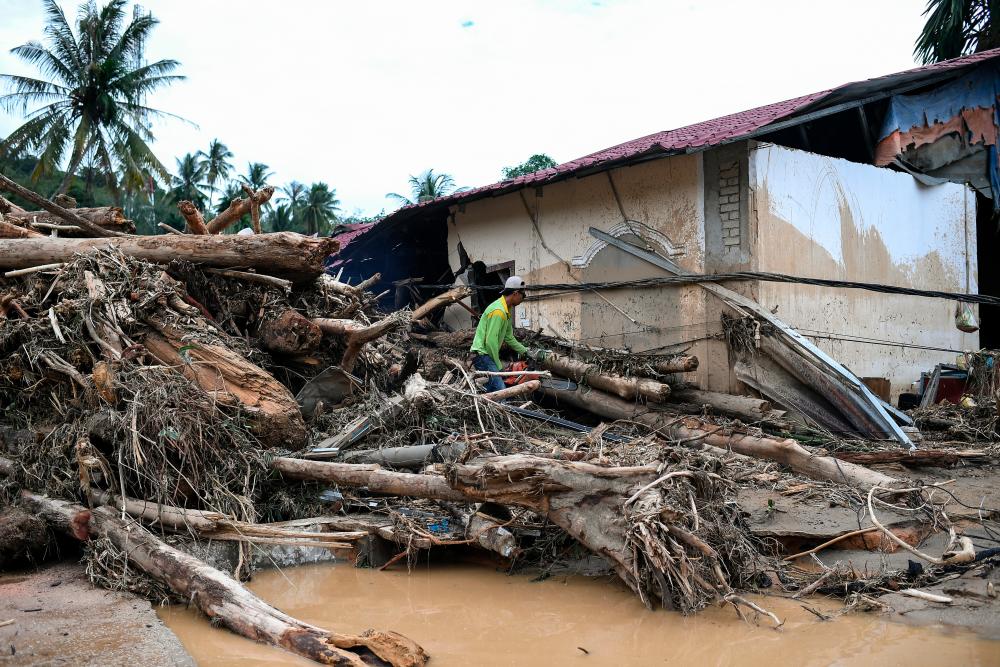 BALING: The government has been asked to take immediate action to curb cascading geological processes that have been identified as the main cause of the recent floods in the district, including on July 4.

Baling MP Datuk Seri Abdul Azeez Abdul Rahim said villagers, especially those living near Sungai Kupang were still concerned about their safety and worried that the flooding will recur.

“I do not want to blame anyone, I only want to find solutions. My people are still traumatised, many have asked to be relocated (following the July 4 floods).

“The state and federal governments have provided rental assistance and will build new houses for those who lost their homes, but for others living along the river, they are also worried,” he said after providing aid to flood victims in Kampung Sadek here today.

He was commenting on yesterday’s announcement by the Energy and Natural Resources Ministry (KeTSA) that concluded that the floods were caused by cascading geological processes - heavy rain, landslides, debris flows, floods and mud floods.

Abdul Azeez said they have received the findings summarised by KeTSA regarding the incident, but still asked that the safety status at Sungai Kupang be immediately declared as safe or otherwise.

“If KeTSA and the related departments have taken action and can ensure the area is safe, I will inform the villagers and convince them to repair their houses and stay there.

“If the government has decided the area is safe, I am confident and believe that the government will be responsible for their statements and I believe the research done is true and we need to agree with it,” he said.

He also said that Prime Minister Datuk Seri Ismail Sabri Yaakob had recently informed him that the government will prepare allocations and expedite flood mitigation projects in the district as well as the construction of a new bridge in Kampung Iboi.