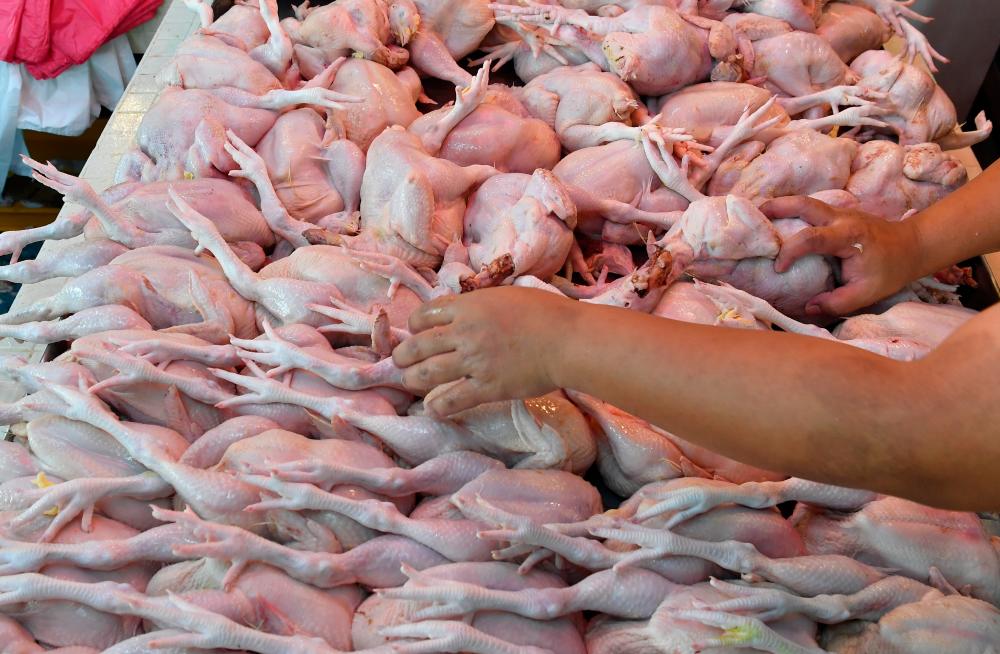 The Cabinet agreed on this today as a short-term measure for the ongoing chicken shortage issue, he said.

In addition, the government also agreed to create a national chicken buffer stock and to optimise cold room storage facilities currently owned by the Ministry of Agriculture and Food Industry (MAFI) and its agencies.

It has also abolished Approved Permit (AP) for chicken, including whole chicken and chicken parts, Ismail Sabri said, adding that this was aimed at allowing importers provide more sources of supply and simplify the subsidy claim process by poultry producers.

Also, as a short term measure, the Cabinet meeting today also decided on adding and recognising slaughterhouses abroad to increase production of poultry supply, the prime minister said in a statement today.

“The government is aware of reports on the existence of cartels controlling chicken prices and production among the larger companies. The Malaysian Competition Commission (MyCC) is investigating this and we expect the probe to be completed in June.

“If it is found that there is such an agreement between cartels, the government will take legal action against them,” he said.

The prime minister said the government, at the same time, will reduce the role middlemen who manipulate supply and prices, adding that it will also re-introduce ‘the war against middlemen’ campaign that was initially carried out in 2014 with the National Farmers Organisation (NAFAS) to take the lead role.

On views by the Cabihet for the cultivation of corn and the use of palm kernel cake (PKC) as chicken feed alternatives, Ismail Sabri said MAFI and the Domestic Trade and Consumer Affairs Ministry have been asked to present plans on the proposal.

He said government-linked companies (GLCs), government agencies, farmers’ organisations and cooperatives were also encouraged to be involved in poultry farming, adding that the government would study the types of assistance that can be provided.

The prime minister said the government regrets and was disappointed with the actions of some companies who halted chicken production, which in turn resulted in a shortage of supply and price hikes.

He said currently, the ceiling price of standard chicken was set at RM8.90 per kilogramme with a subsidy of RM729.43 million provided under the Keluarga Malaysia Price Control Scheme (SKHKM) and implemented since Feb 5.

“However, the government found that there are several large companies who are not interested in applying for the subsidies and want the government to allow chicken prices to be determined by the market. So far, only RM50 million in subsidies have been paid to breeders, most of whom own small companies,” he said.

Ismail Sabri said legal action can be taken on this, and Attorney-General Tan Sri Idrus Harun was also part of the Cabinet meeting today where he advised the government to apply the Control of Supplies Act 1961 (Act 122) if there were elements of hoarding, storing or sabotage on chicken supplies, adding that their licence can also be revoked immediately.

In addition, he said MAFI and the Domestic Trade and Consumer Affairs Ministry have been told to conduct monitoring and inspections, with stern action to be taken against those who violate the Control of Supplies Act 1961 (Supply Control Regulations 1974).

“I would like to stress that the government will not compromise with any party that tries to jeopardise the lives of the people.

“As such, I ask for members of Keluarga Malaysia to support these measures taken by the government to safeguard the people’s interests who have been burdened by rising prices and cost of living as well as shortage of supplies,” he said. -Bernama