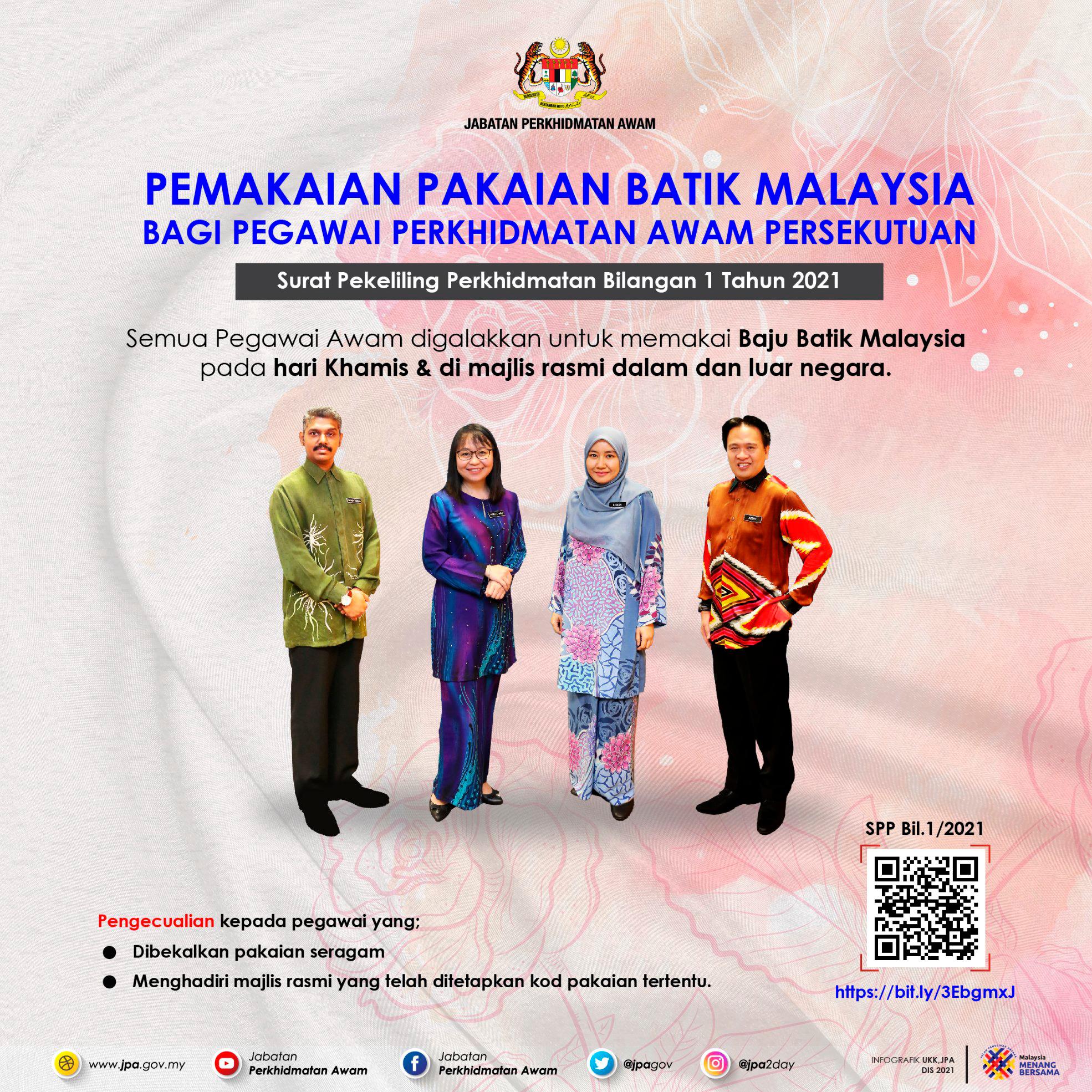 KUALA LUMPUR: The government encourages Federal civil servants to wear Malaysian batik clothes to work every Thursday, including to attend official events within or outside the country such as international conferences or meetings with foreign visitors.

According to the Service Circular No. 1 of 2021 signed by Public Services Department director-general Tan Sri Mohd Khairul Adib Abd Rahman which was distributed today, the ruling does not apply to officers who are provided with uniforms or are attending official ceremonies with specific dress codes.

The new policy is also subject to its acceptance by the respective authorities, with the application of the provisions of the Service Circular also extended to all civil servants in state governments, statutory bodies and local authorities.

According to the circular, the new regulation amends the requirement to wear Malaysian batik clothing in paragraph 4, Service Circular No. 1 of 2006 on Alternative Clothing Fashion as Clothing While Working and Attending Official Ceremonies.

“With the effect of this (new) Service Circular, Service Circular No. 1 of 2008 on the Wearing of Malaysian Batik Clothing by Public Officers on Thursday is hereby revoked,“ read the circular.

Prime Minister Datuk Seri Ismail Sabri Yaakob declared Dec 3 as the annual ‘Malaysian Batik Day’, beginning this year, and hoped that it would encourage all citizens, including those in the private sector, to wear Malaysian batik clothing. — Bernama