Govt going all out to prevent extinction of Malayan Tiger, Dewan Rakyat told 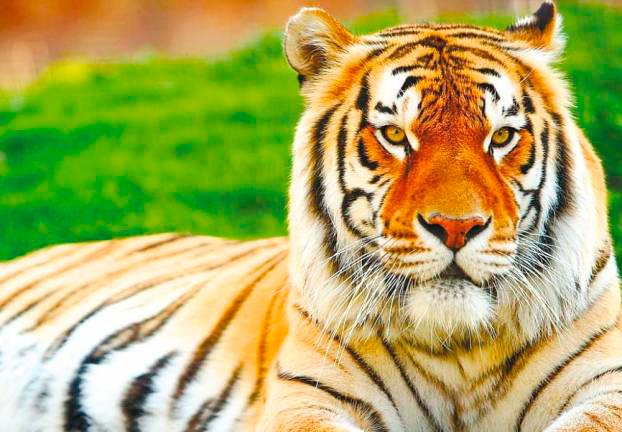 KUALA LUMPUR: With the estimated population of the Malayan Tiger in the country currently at less than 200 and Malaysia expected to lose the species within five to 10 years if no drastic action is taken, the government is going all out to prevent this, the Dewan Rakyat was told today.

Minister in the Prime Minister’s Department (Parliament and Law) Datuk Seri Dr Wan Junaidi Tuanku Jaafar said towards ensuring the survival of the Malayan Tiger, the Cabinet had agreed to implement three approaches entailing nine conservation strategies for a period of 10 years from this year to 2030.

He said the first included strengthening efforts to stop the decline in the Malayan Tiger population through enforcement patrols and ‘boots on the ground’ as well as the preservation and conservation of the natural habitat of the species.

“The Wildlife Crime Bureau under the Royal Malaysia Police and strengthening of the National Wildlife Forensics Laboratory as a centre of excellence for the ex situ conservation of the Malayan Tiger will also help in the matter,“ he said during the Minister’s Question Time.

He said the third approach was to strengthen initiatives to ensure the survival of the Malayan Tiger through the provision of innovative financial instruments and the Malayan Tiger habitat accreditation scheme.

He represented Energy and Natural Resources Minister Datuk Seri Takiyuddin Hassan, who is infected with Covid-19, in replying to a question from Che Alias ​​Hamid (PAS-Kemaman) on the government’s efforts to ensure that the Malayan Tiger, the country’s iconic species, does not become extinct.

Wan Junaidi said apart from that, the government also established cooperation with zoos and universities so that the survival of the Malayan Tiger could be extended by keeping the species in other countries including the United States and Singapore, like the Tapir before.

Detailed research, he said, is also being carried out so that inbreeding of the species in custody areas can be carried out while planning to establish a Malayan Tiger conservation centre to house tigers found before being released into the wild.

He added that the government had also extended the moratorium on the ban on deer and kijang (barking deer) hunting, which expired this month, as they were the main food source of the Malayan Tiger. — Bernama