Govt has to review pension scheme for civil servants because of increasing costs: Mahathir 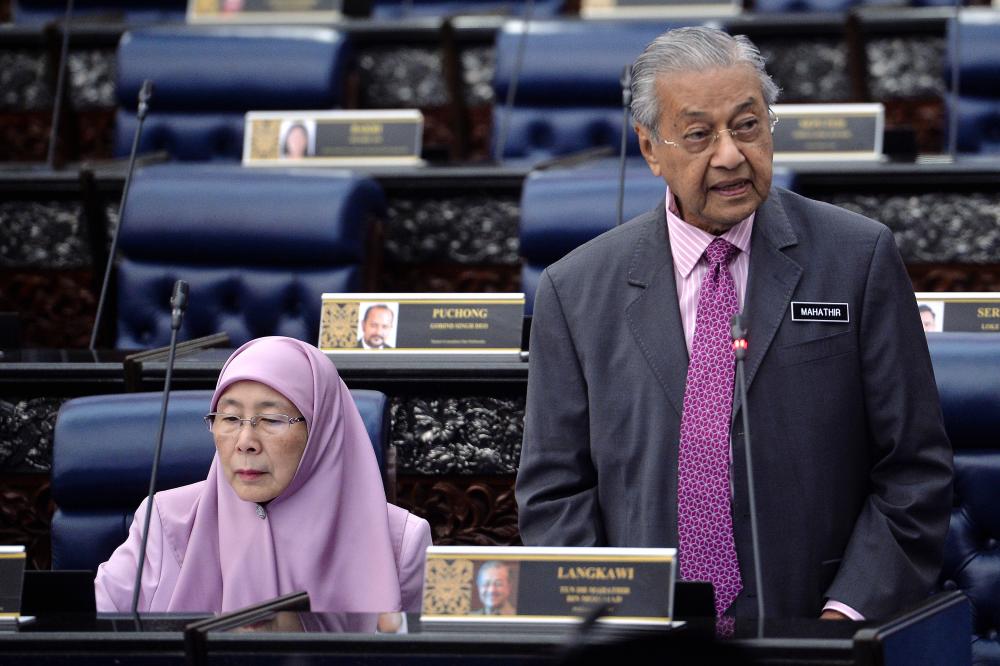 KUALA LUMPUR: The government is forced to review the pension scheme for civil servants because of the high cost and its own limited financial capabilities, Prime Minister Tun Dr Mahathir Mohamad said today.

He said the government was studying several new mechanisms that could be introduced in the future to replace the current practice of putting new appointees under the permanent and pension scheme.

“This amount is expected to grow annually. This is in addition to several salary increments given by the previous government, which also raised our pension liability,” he added.

He pointed out that the government had to ease its burden without leaving pensioners at the losing end.

Mahathir was responding to a question from Datuk Seri Ismail Mohamed Said (BN-Kuala Krau) on the status of the proposal to implement a new contractual scheme in the civil service.

Public Services Department director-general Datuk Seri Borhan Dolah had previously said that beginning next year, new appointments in the civil service might be made under an improved contractual scheme. In September, Mahathir said the government was still looking for the best formula.

When touching on the issue yesterday, Mahathir explained that the tax collected by the government now was not enough to finance the burgeoning pension bill, which he said has increased at a much faster rate than the country’s economic growth.

“We must not give more than what we are capable of, if we don’t wish to be in huge debts, which will translate to further financial problems for the country,” he said.

However, he assured that those appointed under the current policy would continue to enjoy the pension scheme, and that only new appointments made under the future policy would not enjoy the scheme.

To a separate question, Mahathir acknowledged that the majority of those employed in the civil service were Malays, but said the government could not afford to provide jobs to all of them in the service.

Instead, he said, the government encouraged them to look for jobs on their own and use opportunities in the private sector as well as doing businesses.